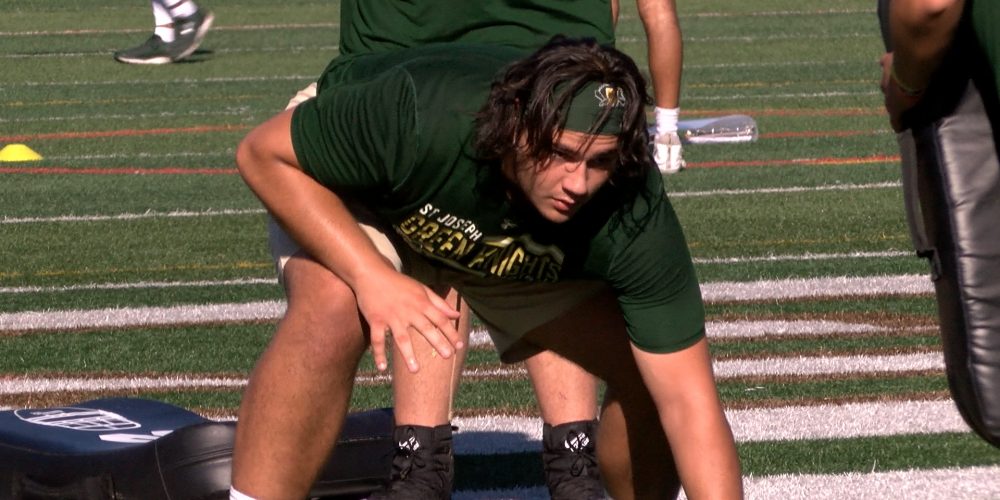 Named a Jersey Sports Zone 2019 All-Zone team member, he’s the consensus top-ranked offensive lineman in New Jersey’s Class of 2021. VanDeMark is an imposing force who stands at 6-4 and 295 pounds. He’s rated a four-star recruit, per 247Sports.com.

VanDeMark is the second offensive lineman from St. Joe’s (Mont.) to sign with a Big Ten program in as many years. Class of 2019 graduate Luke Wypler is now playing at Ohio State.

VanDeMark yielded tons of interest in the aftermath of a breakout junior season with the Green Knights. He received a total of 19 offers from various Power 5 programs before cutting his list down to a top six of Nebraska, Rutgers, Ole Miss, Tennessee and Arizona State in late June.

VanDeMark, along with teammate Audric Estime, also a Michigan State target at running back, visited East Lansing last week for an unofficial tour of the campus.

Watch His JSZ “A to Z” Feature!

This summer, Jersey Sports Zone featured the Top 50 players in the Garden State. VanDeMark was highlighted, and recruiting analysts who cover New Jersey football said he’s among the most talented linemen in the region.

Stay tuned with Jersey Sports Zone for all the latest news and updates on New Jersey athletes.