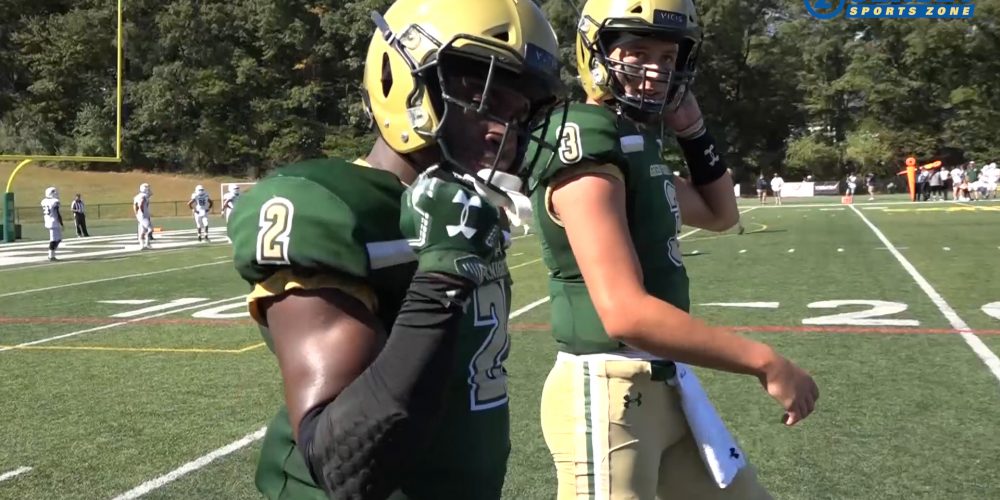 Michigan State’s football staff has made some serious inroads with New Jersey’s top Class of 2021 players. The trend of top-tier players joining the Spartans continued Sunday.

Audric Estime, a three-star running back from St. Joe’s (Mont.), announced he’ll continue his football career at Michigan State after giving his verbal commitment to the Spartans on Sunday evening.

Estime is a two-time JSZ All-State player and is widely regarded as the top running back in the Garden State in 2021. The Green Knights’ star began his senior year as a 16-year-old and has been one of the state’s most productive runners in his career, rushing for 2,050 yards and 27 touchdowns in two varsity seasons.

Despite playing in a shortened season, Estime has a legitimate chance to be in the running for JSZ’s Zoneman Player of the Year in 2020. JSZ’s Jay Cook featured Estime in our “JSZ A to Z” series highlighting the top New Jersey players playing in the 2021 season.

Stay tuned with Jersey Sports Zone for all the latest news and updates on New Jersey athletes.