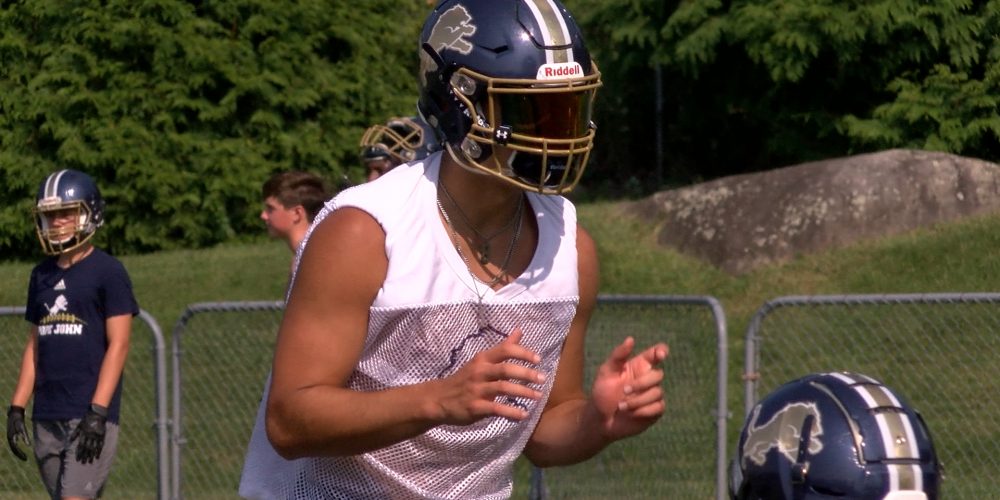 The Class of 2022 is quickly turning into one of New Jersey’s strongest positions in the college football recruiting world. That’s especially true now that one of the state’s top passers has announced his future home.

Pope John junior Peter Delaportas, who has seen his recruitment explode in recent months, made a verbal commitment Tuesday evening to play at Boston College.

Delaportas is a 6-4, 205 pound signalcaller for the Lions who earned a four-star recruit status this summer. As a sophomore for Pope John in 2019, he completed 73 of 173 passes, threw for 1,232 yards with eight touchdowns to 10 interceptions and added in one additional rushing score.

The Jefferson, NJ native also wrestled for the Lions and finished his sophomore season with a trip to the state tournament in Atlantic City. However, in the football realm, he fielded Power 5 offers from numerous top programs like Kentucky, Pittsburgh, Rutgers, Syracuse, Temple, Virginia Tech and West Virginia. Yet he chose Boston College, which has had plenty of success recruiting top talent from the Garden State in recent years.

Delaportas is primed for a breakout season as a junior as Pope John will face a tough, six-game schedule in the Super Football Conference’s United White division.

Stay tuned with Jersey Sports Zone for all the latest recruitment news and updates on New Jersey student-athletes.