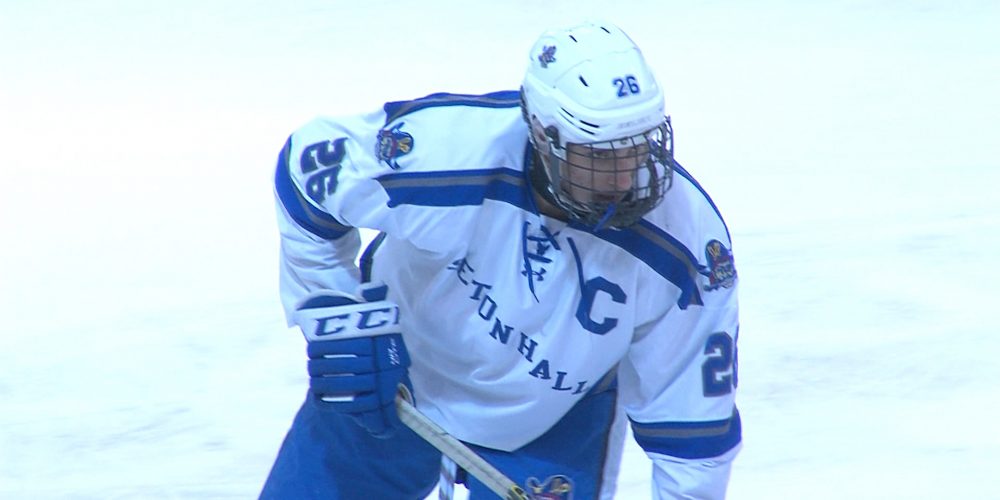 The Road to the Rock is here! It’s a two-week sprint to the Prudential Center and the New Jersey high school hockey state championships. JSZ begins its post-season coverage with Seton Hall Prep opening the Non-Public bracket with a dominating effort against Saint John Vianney

The Pirates scored two goals in the final 1:20 of the first period to jump out to a 3-0 lead and poured it on from there to advance to the Non-Public Quarterfinals. The Prep will face Bergen Catholic for the fourth time this season. JSZ’s Rich Chrampanis has the highlights from Codey Arena:

JSZ was able to bring you coverage of this game thanks to two great partners. Thanks to One on One with Steve Adubato (Seton Hall Prep) and the SJV hockey booster club for supporting Jersey Sports Zone!