I was able to see Raritan in a controlled scrimmage against Keansburg and was impressed with their discipline and focus.  Wide receiver Dylan Dewysocki is going to be a matchup problem for opponents and he wasn’t the only guy I saw hauling down passes from Riley Sullivan.  I’m glad coach Petruzzi gave me the opportunity to talk to some of his linemen and give them some time on camera.  Raritan looks big and physical in the trenches, but just like the guys said in the preview, they need to execute first and foremost. Visiting the Raritan Football website, it was great to see the football program showing its leadership in the community, helping to build a house with Habitat for Humanity and bonding off the field.  The “battle for the border” with Holmdel should be a dandy.  The Rockets have lost to their rival the last two years with both games decided by less than three points. 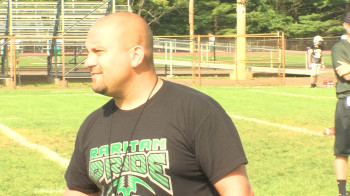 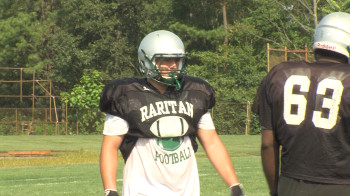 Raritan by the Numbers 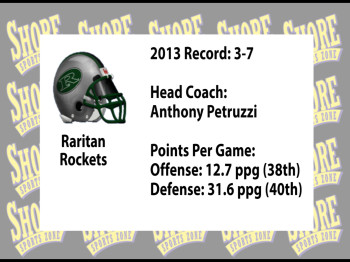