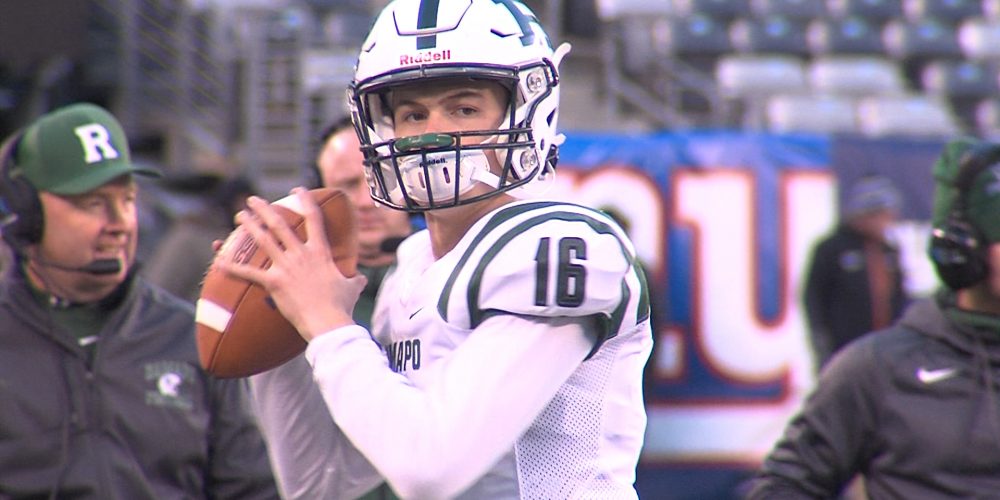 The Ivy League continues to get outstanding student athletes from New Jersey. Charles DePrima is on his way to Boston and the Crimson. Watch his JSZ highlight reel and his A to Z feature!

One of NJ’s top quarterbacks is Ivy League bound. Charles DePrima has given a verbal commitment to play for Harvard. DePrima was one of the most dangerous dual-threat quarterbacks across the entire Garden State in 2019. DePrima’s first season was stellar as he accounted for 2,065 passing yards with 15 touchdowns to only three interceptions along with another 1,201 yards on the ground with 17 more scores. DePrima will lead Ramapo next season again as they ride on a 26-game win streak. He made his commitment on Friday night via social media:

We featured DePrima in our A to Z series profiling the top players we’re excited to see this upcoming football season. Check out our breakdown of the Ramapo QB: