Brandon Siegenthaler’s two-run homer in the third inning proved to be the difference as the Cowboys won the Bergen County title for the first time since 1987.  Pascack Hills jumped out to an early 1-0 lead in the top of the first thanks to a Ryan Ramsey RBI single.  The Cowboys got a two-out rally in the 3rd as Mike Rodriguez delivered a base hit to left followed by Siegenthaler’s blast that cleared the left field fence. Jack Brodsky threw five innings giving up just one run and striking out nine and exiting the game after 88 pitches.  Siegenthaler got a key 6-4-3 double play in the 6th and struck out the final two batters to lock down the save and clinch the title.  JSZ has the highlights and post-game reaction from Demarest: 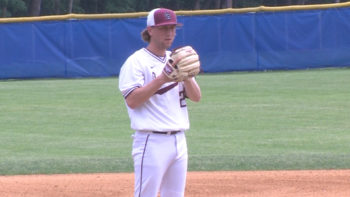