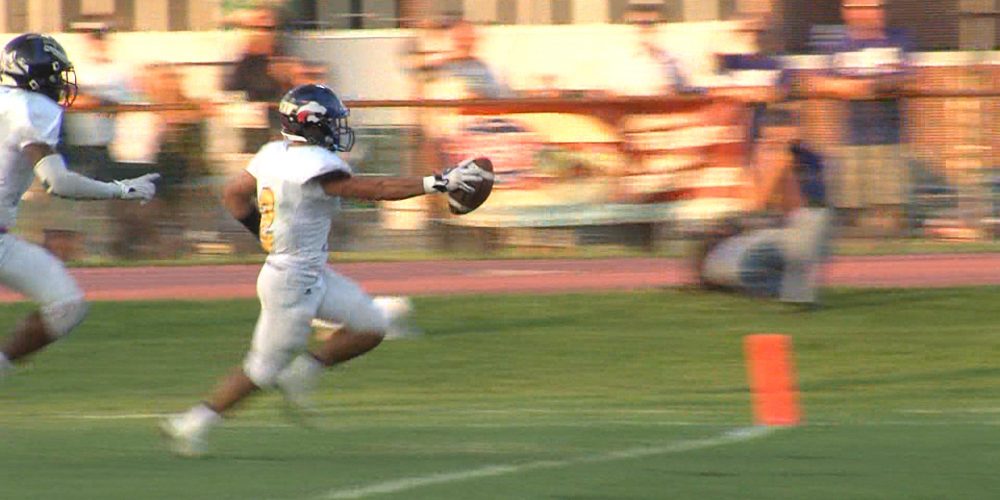 Autistic kicker Anthony Starego boots the game winner on his home field.  All the highlights and post-game reaction here!

The game featured nearly two quarters of no scoring until a wild play late in the first half.  Lacey’s Tom Kelly was picked off by Long Branch’s Myson Pennington, but the QB was able to strip the ball from the defensive back which allowed Monsignor Donovan’s Vinny Grasso to scoop up the ball at the 26 yard line and streak to the end zone for a 7-0 Ocean lead.  Monmouth drew even as Howell’s Connor McGlynn hit Red Bank Catholic’s Frank Olmo on a 9 yard scoring play to tie it at 7.  Matawan’s Matt Creamer belted a 42 yard field goal, but a defensive offside on Ocean created a blocked field goal that was delivered by Manchester’s Shaquille Benjamin to make it a 14-7 game.  Colts Neck running back Anthony Garguilo, a Navy commit, scored from five yards out to tie things up at 14.

The fourth quarter saw the hometown fans at Brick erupt when Drew Scott picked off a screen pass and ran it all the way to the five yard line.  That set the stage for Starego’s heroics.  Monmouth got to midfield on its final drive before Southern’s Logan Sheehan sealed the victory for Ocean with an interception.