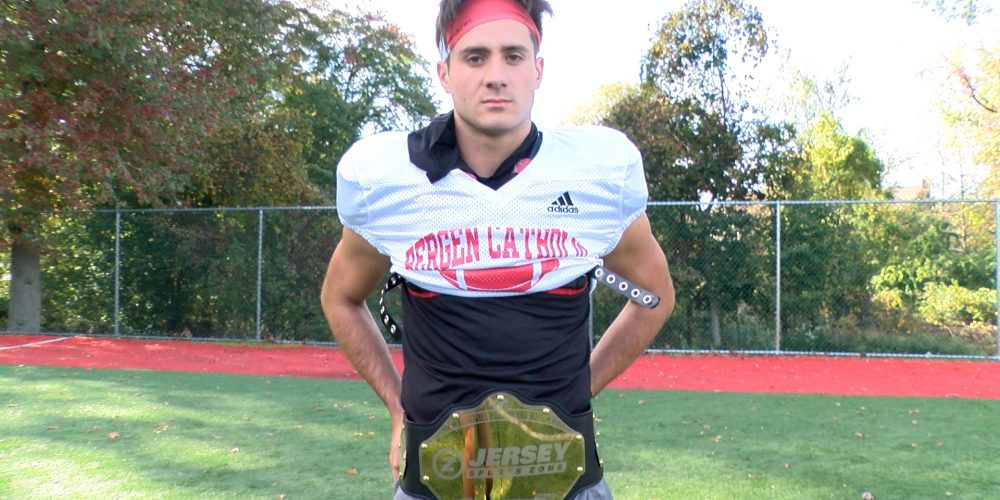 As the 2021 high school football season rolls along, North Jersey athletes continue to rack up JerseySportsZone.com weekly honors. Let’s take a look at who stood out from Week 7.

Bergen Catholic’s Christian Carti became the second Crusader player this season to win the highly-coveted JSZ Top Play Belt, given to the best play captured by our cameras on a weekly basis. In the fourth quarter of Saturday’s game versus rival St. Joe’s (Mont.), Carti scored on a physical eight-yard touchdown catch where he broke a pair of tackles and dove for the endzone. Bergen Catholic prevailed with a 21-10 win.

JSZ’s Jay Cook delivered Park’s game ball to him during practice on Wednesday: