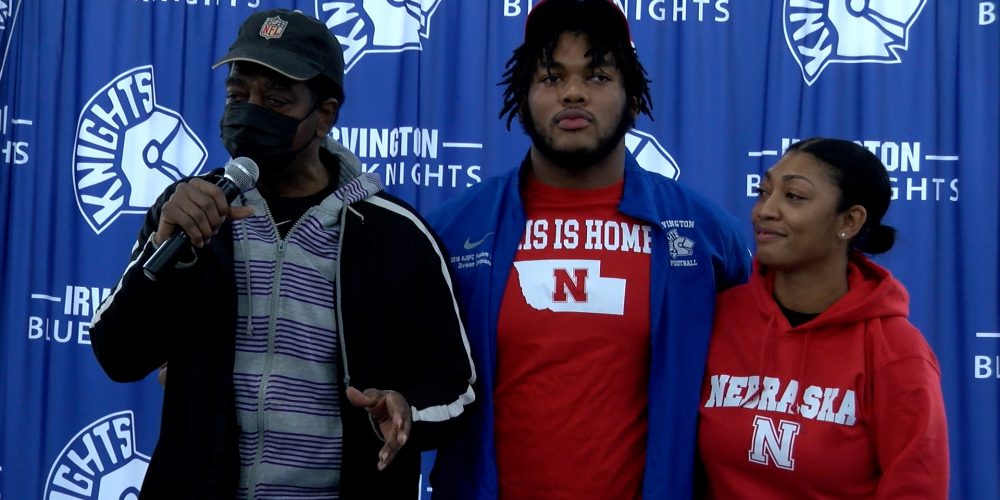 Wednesday marks the start of the early signing period for HS seniors to sign their national letters of intent. JSZ has coverage from Irvington, plus updates from around the Garden State!

With the way college recruiting goes nowadays, there are hardly any surprises left on Early Signing Day. However, that wasn’t the case in Irvington as two-way powerhouse Justin Evans-Jenkins made noise on Wednesday by announcing his commitment to the University of Nebraska.

Evans-Jenkins was the leader for Irvington on and off the field during the championship season. He was a stalwart on the offensive and defensive lines, and is set be the first student in Irvington history to ever graduate high school early.