The New Jersey Devils provided a special night for the Garden State’s top hockey players.  The first JSZ All-Zone Hockey banquet was hosted at the Prudential Center prior to the Devils 2-1 win over the Tampa Bay Lightning.  Following the presentation of our video highlights and Player of the Year profiles, the players, coaches and families watched the Devils game and our All-Zone team was honored during the second intermission on the world’s largest in-arena scoreboard.  JSZ’s Jay Cook and Courtney DuPont recap a fantastic night at the Rock:

The Don Bosco Prep forward was the overwhelming choice among statewide hockey coaches and media.  Burns had 28 goals and 49 assists for the Ironmen.  JSZ’s Courtney DuPont profiles the future Vermont Catamount

A special thanks to our voting panel!

JSZ’s Nery Rodriguez talked with some of our Plays of the Month honorees and was with them as they watched their goals play on the scoreboard at the Rock:

Watch our winners and thanks to everyone who voted

Save of the Year: Thomas Kampf, Central Regional

A special thanks to Thomas Dreisbach and the staff at the New Jersey Devils for giving New Jersey high school hockey players a special experience at the Rock all season long! 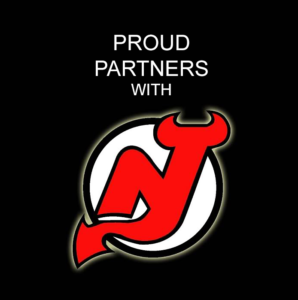