The iPlay America Spring Sports Play of the Year winners are Middletown North softball’s Riley Kernan and Wall baseball’s Nick Maciejewski.  Watch all the top plays from the spring sports season and watch interviews with the winners!

Thanks to all the great fans of SSZ who cast their vote for the iPlay America Spring Sports Plays of the Year.  Middletown North’s Riley Kernan won the top clutch play of the spring with her walk-off base hit to give the Lions the Shore Conference championship over state champion Middletown South in softball.  Wall outfielder Nick Maciejewski won the top web gem for his diving catch at Lakewood’s First Energy Park against CBA in the Monmouth County Tournament championship game. 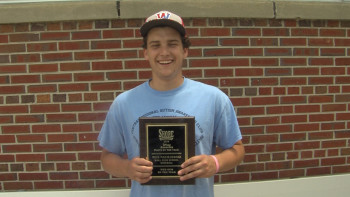 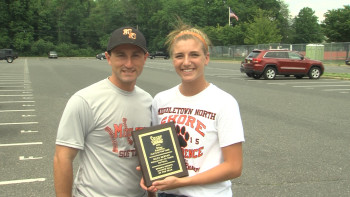 Thanks to everyone who voted.  In case you missed it, check out all the tremendous clutch performances and awesome catches from the spring sports season!