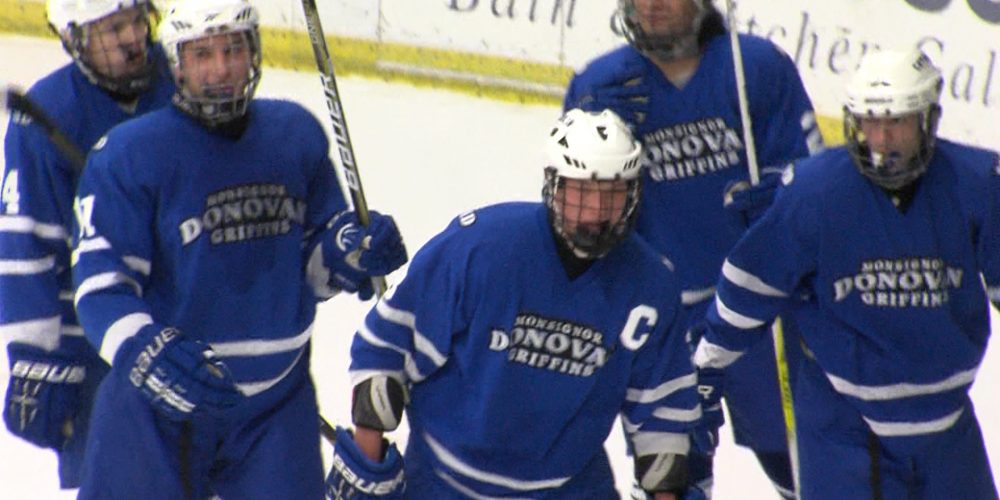 RED BANK – J.C. Maroukis scored four goals to lead Donovan Catholic to a 6-2 win over Rumson-Fair Haven at the Red Bank Armory.  Maroukis scored twice in the first period and in the second period got a natural hat trick to give the Griffins a 3-0 lead.  After Darius Radziszewski made it a 4-0 game, the Bulldogs scored two straight in the second period to make it a game.  Rob Garavante got RFH on the board and Brendan Ban cut the lead to 4-2, but Maroukis scored his 4th of the game to make it 5-2 at the end of two periods.  Brandon Kimakowski scored the lone goal of the third period to close out the scoring.  RFH drops to 0-1 on the season while the Griffins even their record at 1-1.