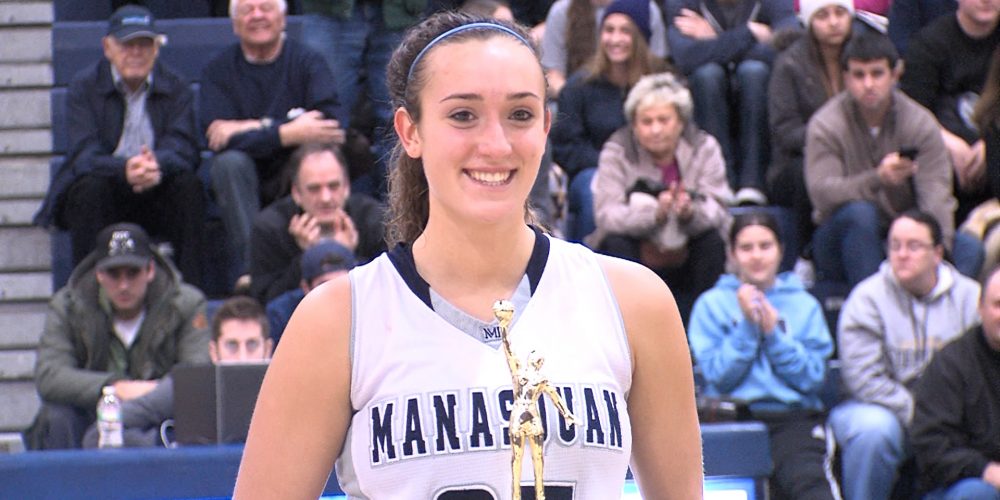 UPDATE: Marina Mabrey is selected to play in McDonald’s All-American game in Chicago

Manasquan’s Marina Mabrey continues to rack up honors in her senior season with the Lady Warriors.

Mabrey is one of 24 players in America to be selected for the McDonald’s All-American Game which will be played on April 1st in Chicago at the United Center.  Mabrey will play for the East All-Stars which also feature two of her future Notre Dame teammates and one other New Jersey selection, Samantha Fuehring of Montclair’s Immaculate Conception High School.

Mabrey has also been named one of 15 players on the Naismith Trophy Player of the Year mid-season team.  The Naismith Trophy is a prestigious national award with previous winners including Skylar Diggins, Elena Delle Donne, Maya Moore and Candace Parker.

Mabrey recently topped the 2000 point mark in her high school career.  Click below to see some of SSZ’s coverage of Marina and the Lady Warriors: