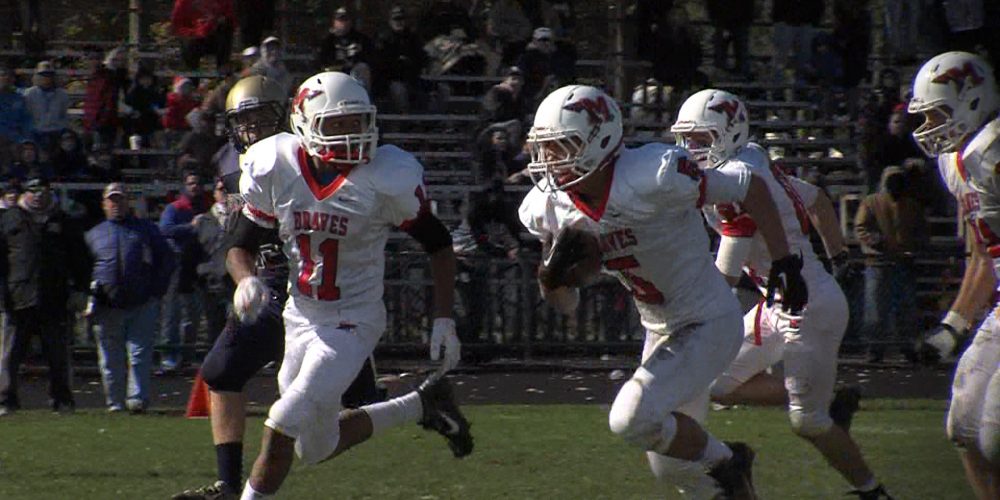 Imamu Mayfield ran for 174 yards and three touchdowns to pace Manalapan to its fifth straight “A” North division title.  The Braves had a 14-3 lead at the half, but busted it open when Dan Debner returned the opening kick of the second half 86 yards for a touchdown.  Mayfield scored all three of his runs in the second half.  Dan Anarella had two first half TD’s for the Braves, who are now 7-1 on the season.

Jarvis Leaks had 23 carries for 281 yards and 4 touchdowns to give the Rebels its second win of 2014.