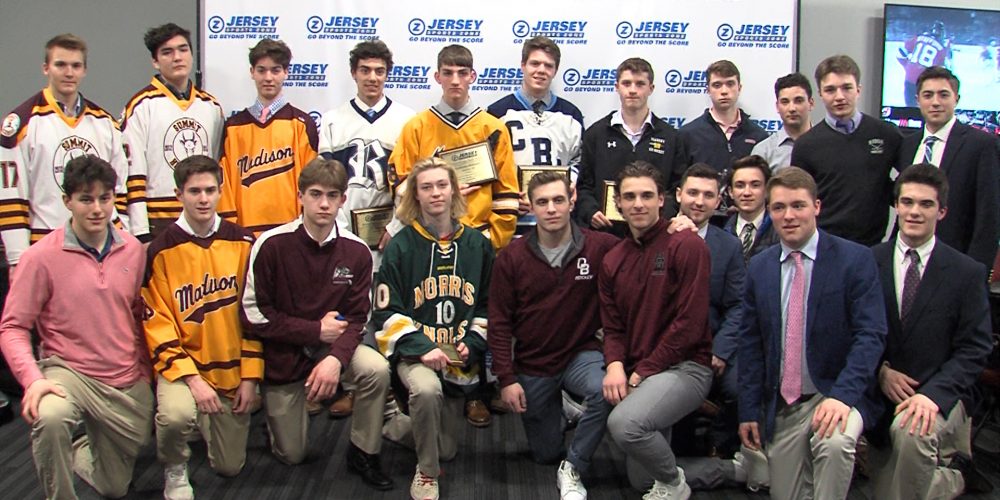 The New Jersey Devils and Jersey Sports Zone hosted the second annual JSZ Hockey Banquet at the Prudential Center. Thanks to our partnership with the Devils, our All-State players and their families watched our All-Zone presentation followed by watching the Devils 3-1 win over the Sabres at The Rock!

The Don Bosco Prep forward committed to play Division I hockey at Holy Cross just one day prior to winning JSZ’s top hockey honor. Sedlak scored 40 goals in the Gordon Conference and helped lead the Ironmen to their first ever state championship on the ice. He follows his former teammate and best friend Mickey Burns as the first two winners of the award. JSZ’s Mike Frankel caught up with the winner at our Hockey Banquet in Newark:

JSZ Player of the Year Balloting

Thanks to the 29 coaches and media members for casting their vote for our Player of the Year. Each vote is counted equally, with 3 points for a first place vote, 2 points for 2nd and 1 point for 3rd