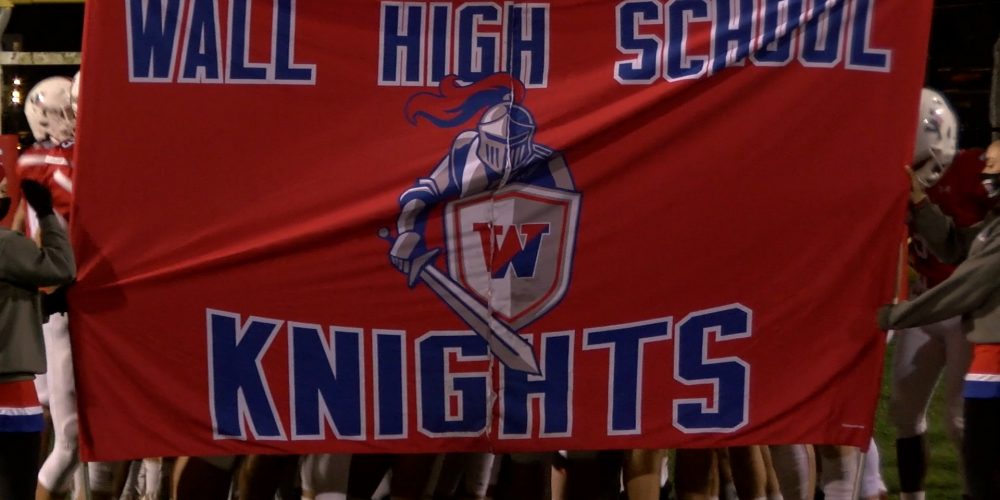 Delsea advances to the South Jersey Group 3 championship after scheduled playoff game between the Crimson Knights and the Crusaders will not be played.

The Wall Township football team has forfeited its state playoff football game against Delsea as the school investigates an alleged hazing incident within the Crimson Knights program. Wall Township Superintendent of Schools Tracy Handerhan informed the community of the decision to cancel the game via a letter.

Wall (6-3) was the second seed in South Jersey Group 3 and was set to host No. 3 seed Delsea (10-0) this Friday night. Delsea now advances to the sectional championship game next week. Wall has a game scheduled for Thanksgiving at Manasquan – but the status of that rivalry game is unknown.

“Upon hearing of an anonymous rumor concerning allegations of hazing among Wall High School Football players, the school immediately contacted law enforcement and appropriate agencies,” Handerhan said in the letter. “Due to the fact this investigation is being handled by law enforcement, District personnel are unable to comment on the investigation at this time. Because of this pending investigation and after consultation with board counsel, administration, and the Office of the Monmouth County Interim Executive County Superintendent, the football game scheduled for this Friday, November 12 is canceled.”

“District and high school decision-makers take the safety of our students and staff very seriously. There is no greater priority. We will keep the community apprised of this pending investigation to the extent that we are able. If anyone has information, please contact the Monmouth County County Prosecutor’s Office directly at 732-431-7160.”

In 2014, the Sayreville football team forfeited its final five games and six players were charged with hazing and sexual assault. Those six players would serve probation and community service.