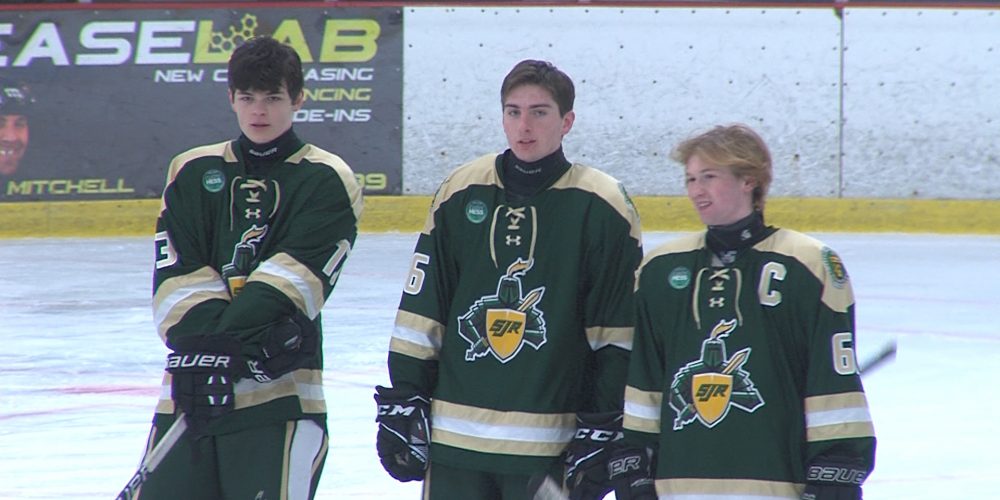 JSZ brings you a ranked showdown from Jersey Shore Arena in Wall. St. Joe-Montvale remains unbeaten thanks to a flurry of second period goals to spark a 6-2 win over St. John Vianney

Justin Hughes scored three times and the Green Knights scored three goals in the span of 1:02 in the second period to take control of the game and keep its unbeaten streak alive. St. John Vianney led 1-0 after one period and took a 2-1 lead early in the second before the Green Knights scored its flurry of goals to take a 4-2 lead after two periods. Hughes scored his third of the game in the opening minute of the 3rd period and Joseph Ianuzzi closed out the scoring. St. Joe’s is now 11-0-1 on the season outscoring their opponents 72-9. JSZ’s Rich Chrampanis has the highlights from Jersey Shore Arena:

Thanks to Rothman Orthopaedics for making our St. Joe-Montvale coverage possible and thanks to St. John Vianney hockey boosters for allowing us to capture the Lancers this winter!