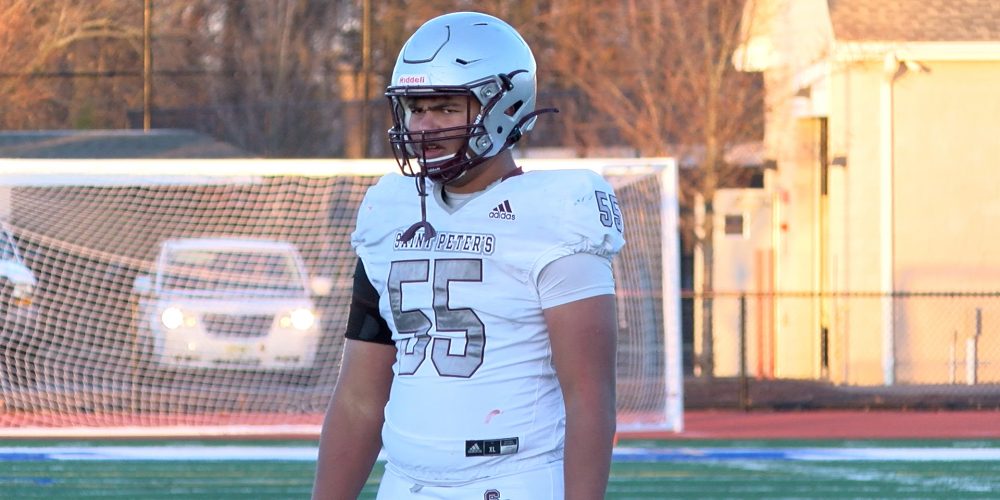 George Rook, a four-star defensive lineman hailing from St. Peter’s Prep, took to social media on Wednesday afternoon and announced he would be signing with the University of Michigan.

Rooks, the son of Syracuse star George Rooks, was a three-year starter for the Marauders and was one of the most impactful defensive linemen in the Garden State during that span. In 29 career games, Rooks tallied 160 tackles, 40 tackles for loss and 22 sacks.

Rooks was a two-time JSZ All-Zone team selection with St. Peter’s Prep and was a major factor in their title run to win the Non-Public Group 4 championship in 2019.

Jim Harbaugh and his staff at Michigan have developed a serious pipeline from New Jersey to the Garden State during his tenure. Rooks will join Mater Dei Prep defensive lineman Dominick Giudice as Michigan commits from New Jersey’s Class of 2021.

George Rooks Through the Years