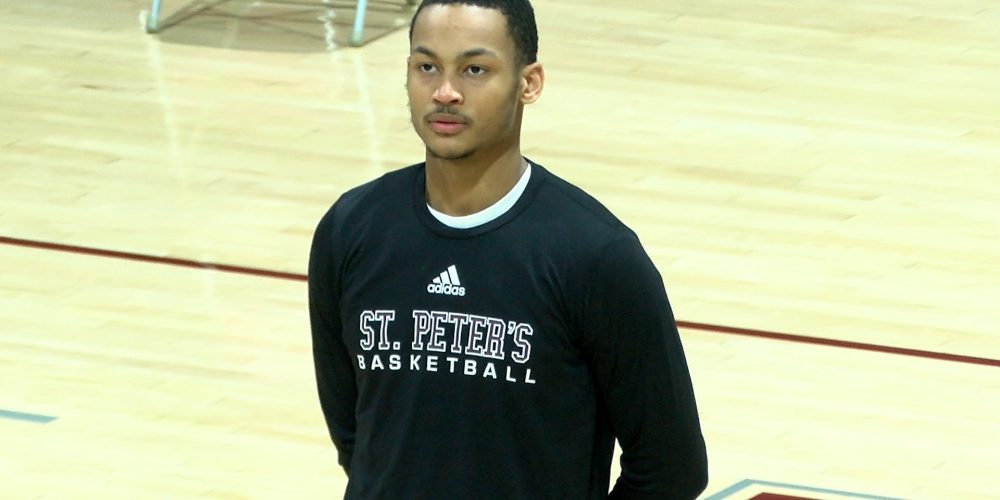 Basketball players in New Jersey’s elite Class of 2022 continue to make waves on the national stage. This time, the headline comes from Jersey City.

Mark Armstrong, a four-star combo guard from St. Peter’s Prep, is the latest Garden State product to give a verbal commitment to Villanova University.

Standing at 6-3 and 165 pounds, Armstrong has been one of the most productive players across the state since his freshman season. The West Orange native averaged 14.2 PPG in 11 contests during a shortened season this past winter. He eclipsed the 1,000 point mark early in the season and has also led the Marauders in scoring in each of the last three seasons.

Playing for head coach Alex Mirabel, Armstrong has blossomed into a complete player at St. Peter’s Prep. He’s shown the ability to hit three’s from beyond the arc and slash to the rim with smooth handles and a sweet touch. Armstrong is also active on the defensive end who collects steals and rebounds.

Armstrong’s decision to commit to Villanova keeps a pipeline alive from head coach Jay Wright to the Garden State’s elite talent. Former Ranney star Bryan Antoine and former Rutgers Prep standout Trey Patterson are both currently on the roster for the Wildcats, who reached the Sweet 16 of the NCAA Tournament.