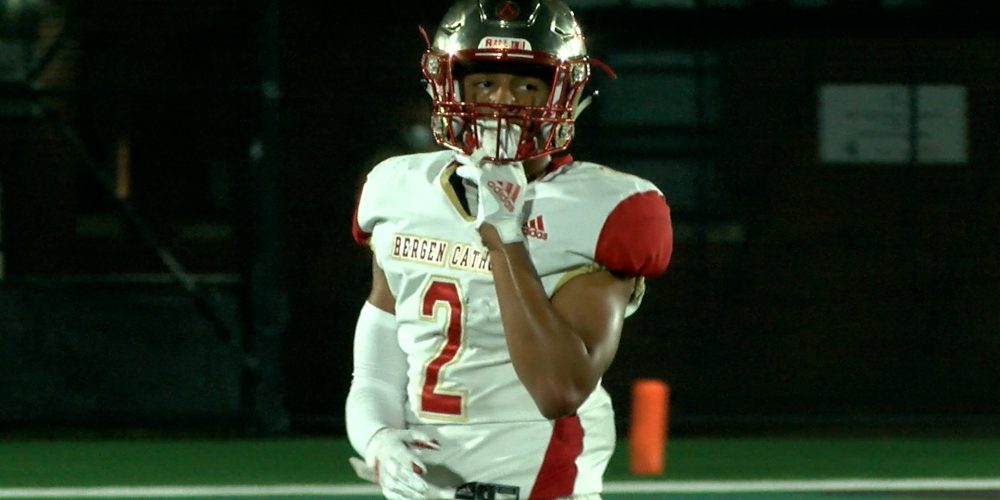 Jaeden Gould – a four-star defensive back and rising senior – announced Sunday that he’d verbally committed to the University of Southern California. The announcement came via his social media channels.

Gould, a 6-2, 190 pound cornerback, is one of the most lockdown defenders in New Jersey’s Class of 2022. While his numbers don’t jump off the page (13 tackles, 4 PD’s, 1 fumble recovery in six games), his talent sure jumps off the screen on video. Teams in the Super Football Conference consistently gameplanned away from Gould’s half of the field.

The Somerset, N.J. native has been one of North Jersey’s most heavily recruited players in his tenure at Bergen Catholic. The 6-2, 190 pound cornerback collected 38 FBS and FCS offers and ultimately pared his decision down to a Final Two between the Trojans and Penn State. Gould received offers from Alabama, Clemson and Notre Dame, among numerous others.

Gould’s story is an inspiring one. A torn ACL ended his sophomore season and COVID-19 shortened his junior year. Through all that, Gould still rose to be one of the top-ranked rising seniors in New Jersey this upcoming season.

The recent commitment officially adds another future Division 1 player to Bergen Catholic’s roster. QB Steve Angeli is committed to Notre Dame and running back Ryan Butler is committed to Princeton. Gould will team up with fellow senior Jayden Bellamy in the Crusaders’ defensive backfield this upcoming season, creating one of the top DB units in the state.