Connor Jaeger sets an American record to win a silver medal in the 1500 men’s freestyle.  SSZ has video as Rumson-Fair Haven hosted a viewing party and 2000 Olympic bronze medalist Tom Wilkens gave his reaction to another Jersey Shore medal

Connor Jaeger, a 2010 graduate of Rumson-Fair Haven High, brought home a silver medal in the 1500 meter freestyle in Rio.  The 10 time All-American and 3 time NCAA champion from the University of Michigan set an American record with a time of 14:39.48.  Italy’s Gregorio Paltrinieri won the gold medal in 14:34.57.

For American distance swimmers, this one's for us #GoUSA pic.twitter.com/O5XYpDwBqw

Jaeger also competed in the 400 meter freestyle in Rio, finishing in 5th place.  At his high school alma mater, a healthy sized crowd gathered at the auditorium to watch the race on a big screen and cheered loudly throughout the entire race.  Tom Wilkens, a Middletown native who won the bronze medal in the 400 IM at the 2000 Sydney Olympics, addressed the crowd before the race talking about what it means to work so hard and achieve the amazing achievement of an Olympic medal. 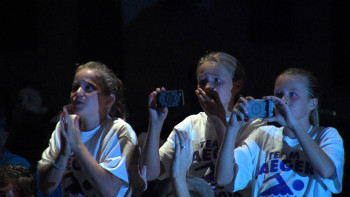