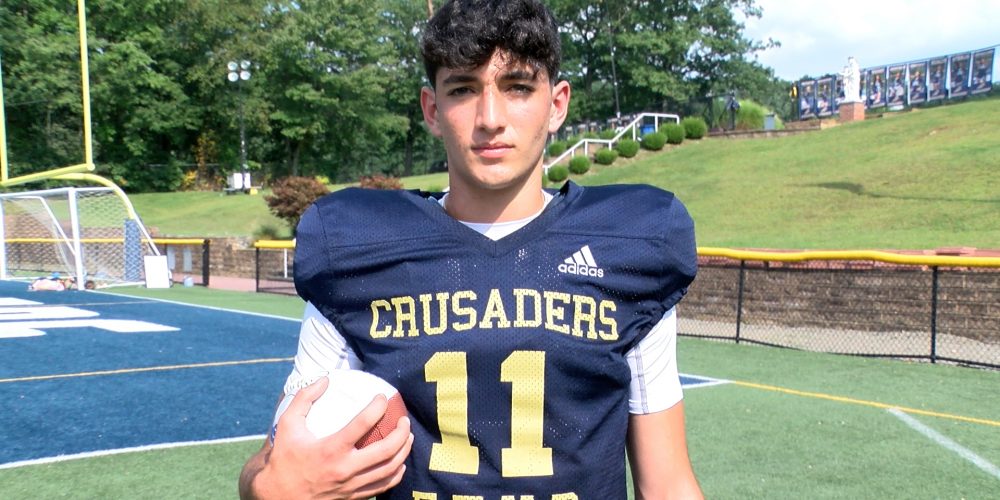 DENVILLE, NJ — Morris Catholic quarterback Dean DeNobile continues to impress in Morris County. The Crusaders’ signalcaller stepped up and led his team to a 2OT win in a thriller last week against Madison. DeNobile passed for 357 yards and 4 touchdowns in the winning effort while also scoring the game-clinching two-point conversion in a 29-28 victory.

He was nominated for, and won, our North Jersey Week 2 Game Ball for his performance. DeNobile brought in 11,327 votes – good for 35.5 percent of the total votes in the fan poll.