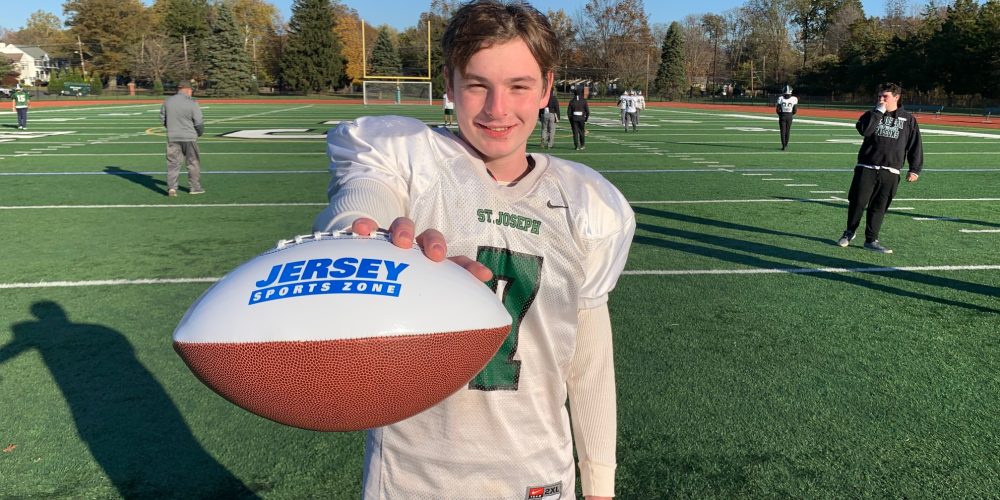 After beginning the year with a loss, St. Joseph (Metuchen) won its last eight games to end the regular season at (8-1). The Falcons are the seven seed heading into the Non-Public Group 4 playoffs. In their Week 8 clash against Rahway, the Falcons locked in to a tight battle and were able to pull out a 9-7 victory thanks to a 28-yard game-winning field goal from kicker Chris “No Miss” Moyer in the final 30 seconds. The fans have spoken and Chris is our final Central Jersey Game Ball winner of the football season! JSZ’s Nery Rodriguez stopped by practice for another unforgettable ceremony: