Luca Dalatri was sensational once again on the championship stage throwing a 1-hitter and striking out 15 on just three days rest as CBA scores a 4-0 win over rival RBC to claim the Monmouth County Tournament crown.  SSZ has full highlights and post-game reaction from First Energy Park in Lakewood

The home of the Lakewood Blue Claws has provided some special memories for CBA baseball in recent years.  Luca Dalatri had another tremendous performance to add to his lengthy resume with a complete game 1-hitter, striking out 15 and walking no one.  Just two Caseys reached base in all, as Dalatri pitched on just three days rest.  Nick Hohenstein got the Colts on the board with an RBI double in the second.  Cid Porter’s base hit brought home another run in the 5th and the Colts got two more insurance runs in the 6th thanks to a Dalatri RBI triple and Kenny Campbell driving one more with a base hit to right.  Watch all the highlights and post-game reaction: 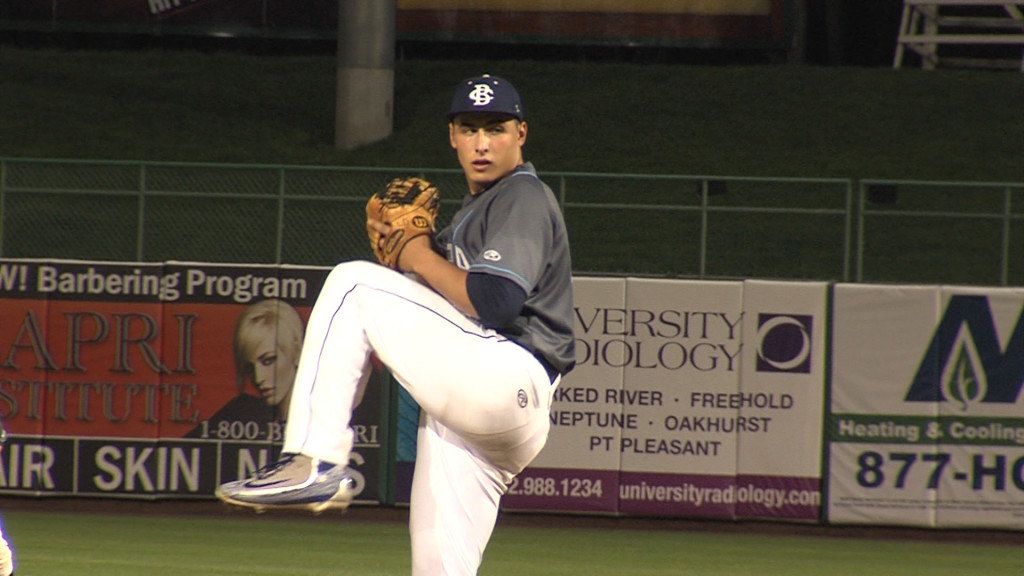