The Green Wave got first half goals from John Gerard and Bobby Fabricant in the first 14 minutes to end the Colts season in the Non-Public “A” state championship game.  For Delbarton, it is the 4th consecutive state title.   CBA finishes the year with a 19-4-1 record including the Shore Conference title.  For head coach Dan Keane, he concludes a 38 year career that featured 5 state crowns and 9 Shore Conference titles.  Watch the highlights from Kean University: 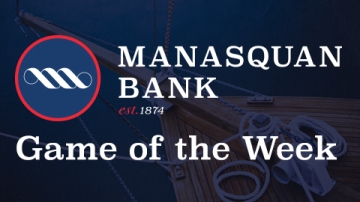 Our high school soccer coverage continues on Tuesday as we’ll bring you Ocean Township vs. Toms River South boys in the Manasquan Bank Game of the Week from Toms River North as well as the girls matchup between Colts Neck and Toms River South.  The state championships are this weekend at Kean University (Saturday for girls, Sunday for boys) and SSZ will bring you highlights from local teams playing for a state crown.