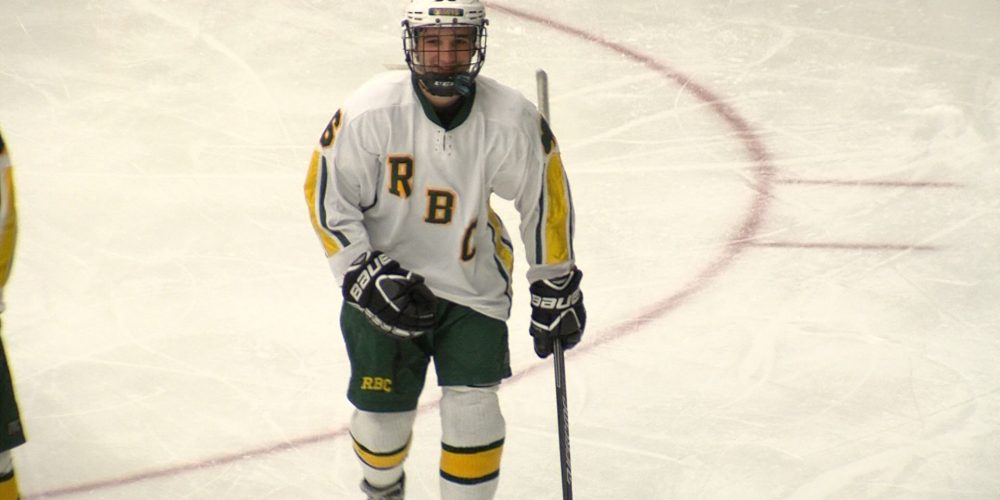 RED BANK – Red Bank Catholic raced out to a 4-0 first period lead, but needed three goals in the third period to gain an 8-5 win over Rumson-Fair Haven. The Bulldogs scored three straight goals in the second period to get within one goal and scored early in the third to make it a 5-4 game before RBC pulled away.  In the contest, the Caseys Todd Goehring and the Bulldogs Brendan Ban both reached their 100th career point.  Alec Mintz had a hat trick for RBC, scoring the final two goals.  The Caseys improve to 12-4-2 on the season, while the Bulldogs now stand at 6-6-1