WFAN’s Boomer Esiason and Craig Carton returned to Middletown Ice World for the second annual Mikey Strong 23 charity hockey game. Money was raised for the Christopher and Dana Reeve Foundation as former NHL stars took part with the radio duo in a charity hockey game that drew a sold out crowd

It’s easy to have a great attitude when everything is going good in life.  When Mike Nichols went head first into the boards during a Monroe Township hockey game in January, 2014, it left the hockey player paralyzed.  Nichols may have lost a lot during his injury, but he never lost his quick wit and great attitude.  An interview on WFAN’s Boomer and Carton radio show inspired a charity hockey game in Middletown last year that drew a sold out crowd.  The bond between the popular radio hosts and Nichols is genuine and growing stronger as Nichols continues to work everyday trying to gain more movement.  The second annual Mikey Strong 23 charity game brought out a number of familiar faces to fans of the Rangers, Islanders and Devils.

The game featured Hockey Hall of Famer Glenn Anderson, who played alongside Wayne Gretzky and the Edmonton Oilers and won six Stanley Cups, including with the 1994 Rangers.  The Devils NHL alumni included Bruce Driver and Grant Marshall.  The Islanders were represented by Rick DiPietro, the former all-star goalie who wandered out of his net and provided the highlight of the game by scoring on Carton:

The original intent of the Mikey Strong 23 Game was to raise money for the Nichols family, but in a true selfless act, Mikey chose for the funds to go to the “Big Idea” initiative for the Christopher and Dana Reeve Foundation which is working towards making breakthroughs in spinal injuries.  Nichols has begun taking college classes with the goal of pursuing a career in sports journalism.

Pictures from the Mikey Strong 23 Game: 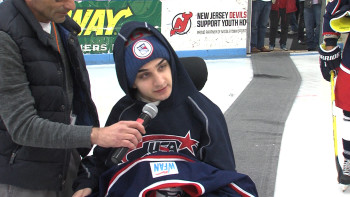 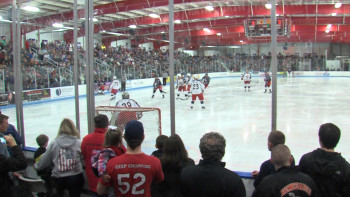 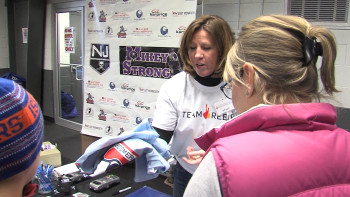 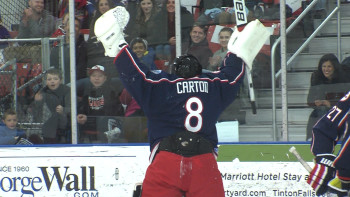 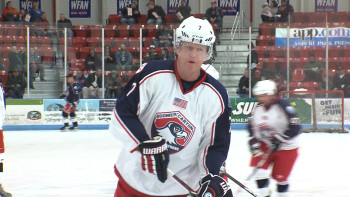 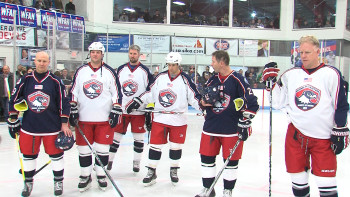 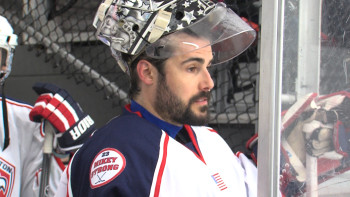