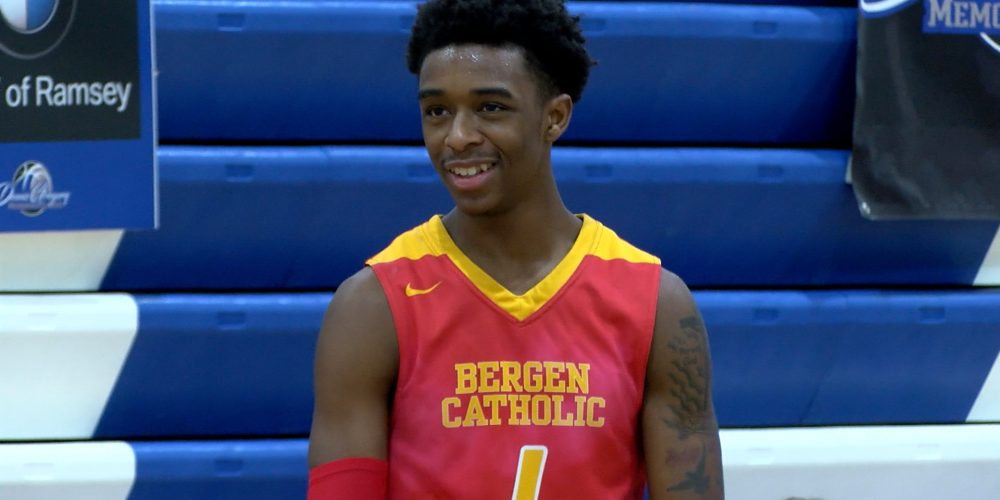 When discussing the top returning seniors in the New Jersey high school basketball world for this upcoming season, Will Richardson’s name is among those at the top of the list.

Taking to social media Sunday night, Richardson broke the news that he had given a verbal commitment to Fordham University.

Richardson’s was impressive for Bergen Catholic during his junior year. In a COVID-19 shortened regular season, the 6-2, 160 pound guard led the Crusaders with 18.8 points per game and 2 steals per game. He also flashed an improved three-point shooting prowess and led his team in that category with 20 three-pointers.

Richardson was selected by Jersey Sports Zone as a finalist for the “2021 Mr. Hoop Zone” Player of the Year award. He finished fourth in the voting behind Camden’s D.J. Wagner, Manasquan’s Ben Roy and Roselle Catholic’s Corey Floyd, Jr. Balloting was collected by high school coaches and credentialed media around the state.

Fordham, who finished at 2-14 in the Atlantic-10 conference last season, is currently undergoing a facelift under new first year head coach Kyle Neptune.

Bergen Catholic returns its entire starting five and a number of other pieces for the 2021-2022 season. They’ll be very much in the mix for titles in the Bergen County Jamboree and Non-Public A state tournament.