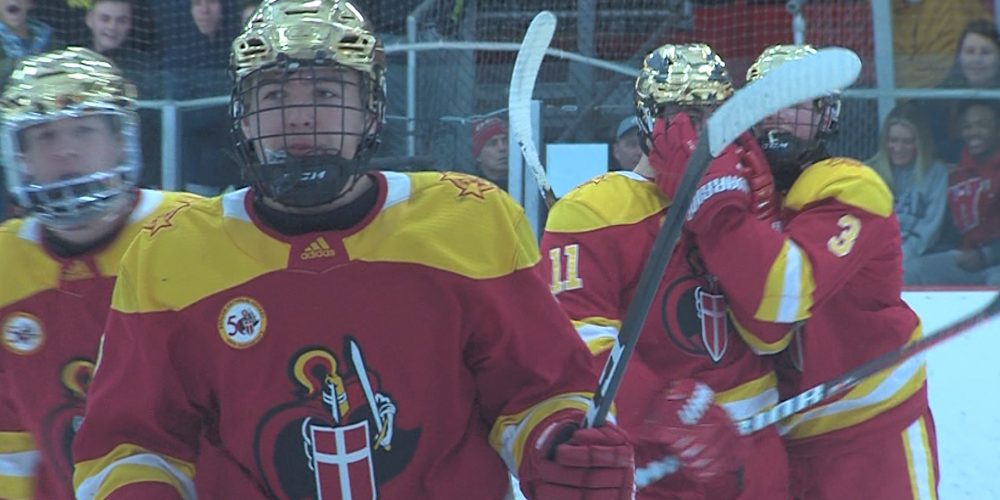 The Crusaders came to Jersey Shore Arena and scored yet another impressive win on their resume. JSZ has highlights from two contenders for the Gordon Cup and a non-public state championship

Aram Minnetian netted his 20th goal of the season and added two more helpers as the Crusaders raced out to a 3-0 win on the way to their 10th consecutive victory. Nick Stoebling and Jake Antonucci scored in the second period to give BC a commanding lead. The Colts would score in the final minute of the second on a Gio Crepaldi power-play goal and an Evan Brown tally midway through the third period but could not get the equalizer. Bergen Catholic is now 16-3 on the year. JSZ’s Rich Chrampanis has highlights from Jersey Shore Arena: