OCEANPORT – A capacity crowd at Monmouth Park was poised to see a dominating performance at the Haskell Invitational and got one, but not from the favorite.  Bayern led from wire to wire to claim the 47th edition of the Grade One, $1 million dollar race giving trainer Bob Baffert a record seventh Haskell victory.   Owner Kaleem Shah’s horse gets an automatic spot in the Breeder’s Cup with the Haskell victory. 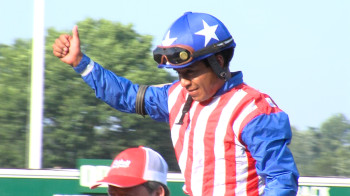 Untapable, with New Jersey native Rosie Napravnik on board, was a 1-1 favorite at post time but finished 5th in the nine horse field.  Bayern went off at 9-2 and paid $11.40 for the win, $7.20 to place and $5.00 to show.  Albano finished second with Wildcat Red in third. 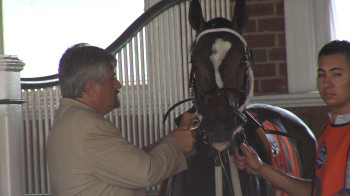 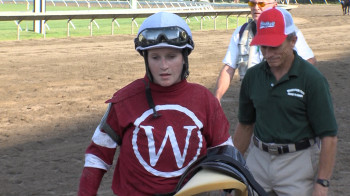