We honor the top athletes from the Jersey Shore in boys basketball, girls basketball and hockey.  Middletown North’s Bobby Hampton wins our player of the year award on the ice, Middletown South’s Stephanie Karcz is Miss Hoop Zone 2016 and CBA’s Pat Andree captured Mr. Hoop Zone 2016.  SSZ will be posting videos from our banquet throughout the weekend!

The energy in the room was electric as the top athletes from boys basketball, girls basketball and hockey from the Jersey Shore gathered at the Sheraton in Eatontown for the second annual Shore Sports Zone Winter Sports Banquet.

See all of our All-Zone Banquet Videos!

We’ve got video of every single person honored at the SSZ Winter Sports Banquet: 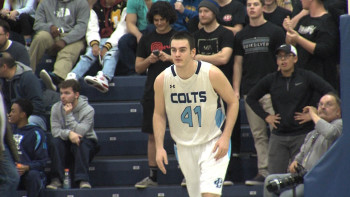 The Colts forward ended his career as CBA’s all-time leading scorer and edged last years SSZ Mr. Hoop Zone Brendan Barry of RFH to win the top honor.  Andree was in Spain for a CBA class trip and accepted the award from Europe and his younger brother Conor came to accept the award at the Sheraton: 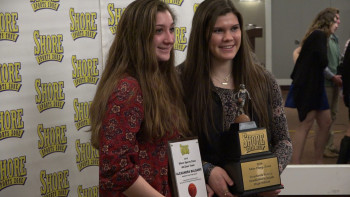 Committed to Northeastern and an NHL Draft prospect this summer, Bobby Hampton has a bright future on the ice.  Hampton won the voting over teammate Khristian Acosta and CBA defenseman Ryan Bogan, Jr. 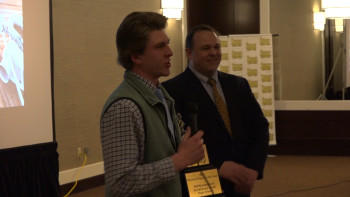 The Manasquan and Saint John Vianney girls captured state championships.  SJV won the Tournament of Champions as well and thanks to Monmouth Building Center, we were able to honor three great players who played a big role in championship games.

Manasquan Bank gives us a chance to spotlight nine Shore Conference schools located near their branches all year long.  We saluted three scholar athletes who excelled athletically and academically.

SSZ Winter Plays of the Year

A special thanks to everyone who came out and voted for our plays of the year: