Shore Sports Zone’s got you covered as the Shore Conference plays for nine state championships at Rutgers, Kean and Rowan.  Follow our live scoring updates all day long right here:

We will have highlights of all nine state championship games involving Shore Conference teams at three different locations.  Check back in later on tonight when we bring you extended highlights and post-game reaction from around the state

The Hook and Ladder to win a state title.  Incredible video of George Pearson to Kyle Devaney to Eddie Lewis to give Mater Dei Prep a state championship!

Rumson-Fair Haven made it four state titles in a row after a 27-22 win over South Plainfield.  Watch Matt Vecchiarelli’s 56 yard TD run which gave RFH the lead in the second half and an emotional game ball presentation to first year head coach Jerry Schulte: 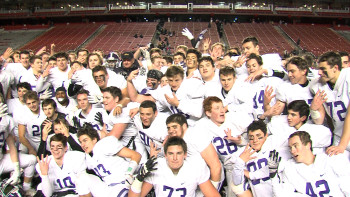 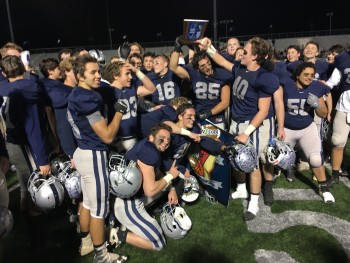 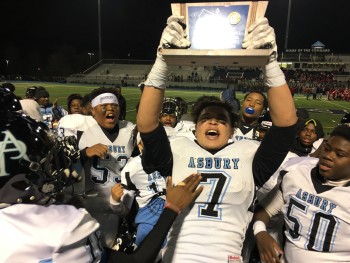 Throughout the day, we will post preview clips of our highlights show featuring some of the big plays from the state finals along with celebration pictures from our state championship winners 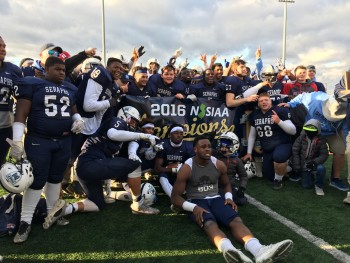 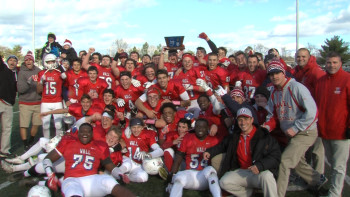 Piscataway avenges a 21-10 loss to Manalapan in the regular season with a 34-13 victory over the Braves in the Central Jersey Group 5 Finals.  The final score of the game for Piscataway was this blocked punt touchdown:

Coming up this Thursday, we honor the best of the best from Shore Conference football with our 3rd annual SSZ Football Banquet at the Sheraton in Eatontown.  We’ll have state championship game ball winners, Plays of the Year winners as well as the best players from each position and the presentation of our Zoneman Trophy.