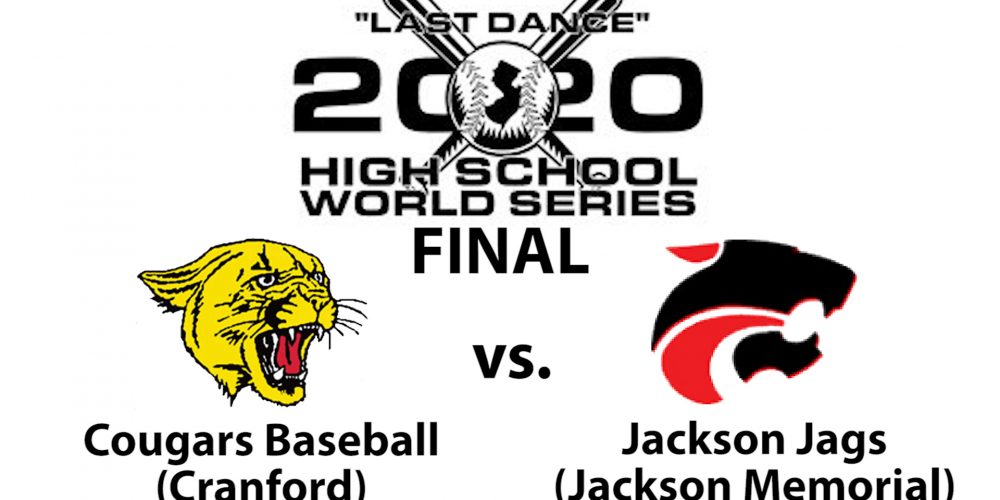 What started as a 222-team pool of high school baseball teams earlier this month has been pared down to two final programs.

Cougars Baseball (Cranford) and Jackson Jags (Jackson Memorial) have played through two weeks of baseball and earned their shot to vie for the Last Dance World Series championship, set to be played at Arm & Hammer Park on Friday, July 31 at 7:00 p.m.

JSZ’s team of multimedia journalists have covered each team extensively leading up to the title game. Who are the top players on each team? What are the biggest storylines around each program? Our Jay Cook and Nery Rodriguez answer those questions and more in our LDWS Championship Preview.

How They Got Here

Cranford had big expectations coming into 2020 as they were set to be one of the top teams in all of Union County. Their balance of small ball, timely hitting and clutch pitching proved to be a recipe for success throughout the LDWS. The Cougars, who entered the tournament as the No. 13 seed, defeated Montclair (2019 Greater Newark Tournament champions), Ridgewood (2019 Group 4 state champions), Don Bosco Prep and Bergen Catholic en route to capture the Ben Luderer Memorial Trophy as LDWS North Region champions.

The No. 1 seed in the South region showed why they had the firepower to be one of the state’s best teams if the New Jersey spring sports season wasn’t cancelled. Jackson head coach Greg Malta has deployed a star-studded lineup loaded with big bats and Power 5 prospects who have suffocated opposing pitching staffs. Don’t forget about the Jags’ own aces on the mound who equally stifled the competition before convincingly raising the Jim Brown Memorial Trophy as South Jersey champs Wednesday night.