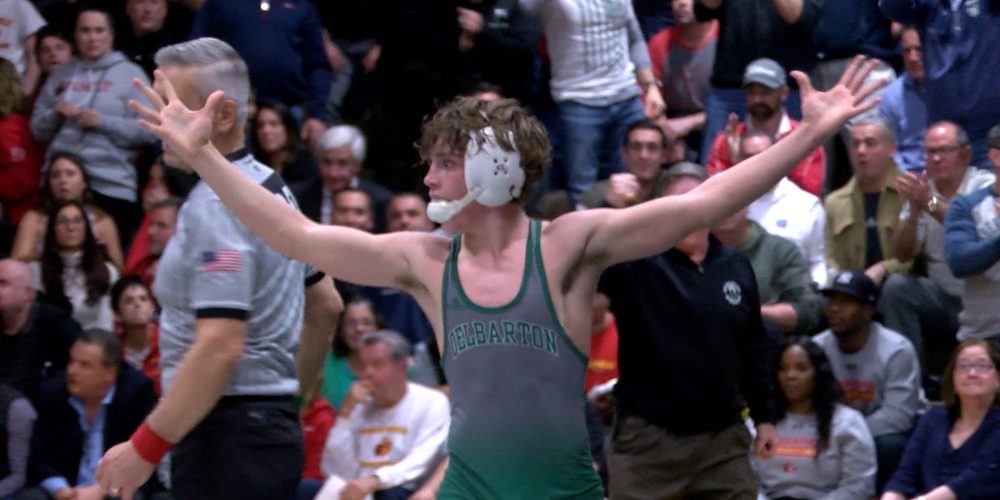 JSZ’s Jay Cook has the highlights and more from Morristown:

Jersey Sports Zone’s coverage of all Bergen Catholic athletics throughout the 2019-2020 season is brought to you by Rothman Orthopaedics.

After an upset win over #3 Central in the opening round, the sixth-seeded Quakers kept it rolling with a victory over #2 Highland. Rob Damerjian returned from injury to make his season debut, earning a major decision for Moorestown. John Dalmass and Adam Robinson both picked up pins for the Quakers. Jurius Clark won by fall for the Tartans in the loss. Moorestown advances to face top-seeded Kingsway for the South Jersey Group 4 title on Friday night.

JSZ’s Mike Frankel has the highlights from Blackwood:

Coverage of Highland is made possible by Cooper University Health Care.

Michael Ponenti scored a 6-1 decision at 170 pounds in the final match to give Rumson-Fair Haven a one-point win against the #2 seed and a spot in the Central Jersey Group 2 finals against top seed South Plainfield. RFH scored two pins by Shay Addison and Jack Kelly to race out to a 12-0 lead. Point Boro would rally from 15-0 down to take a 22-21 lead on a pin by Jack Thompson. The Brignola twins would ultimately set the stage for Rumson’s win. Max got a pin at 145 pounds and Tyler scored a critical 2-1 OT win at 152 to make it 29-25 RFH. Ty Bailey’s pin gave Point Boro a 31-29 advantage heading into the final match at 170 where Ponenti scored early and controlled the entire six minutes. JSZ’s Rich Chrampanis has the highlights from an All-Shore Conference battle:

Jersey Sports Zone was at this great match because of ACI Medical & Dental School. ACI supports JSZ’s coverage of Rumson-Fair Haven. One of the top technical schools in NJ, Advantage Career Institute Medical & Dental School in Central New Jersey offers a variety of programs in the in-demand medical and dental industries.  Visit ACI.edu to learn more!

JSZ’s Kenneth Bradley has the highlights from Phillipsburg:

Coverage of tonights match is brought to you by a pair of sponsors ACI Medical and Dental School (Middletown North) and The Garnet Booster Club (Phillipsburg). We thank our sponsors as our work would not be possible without their help and support!