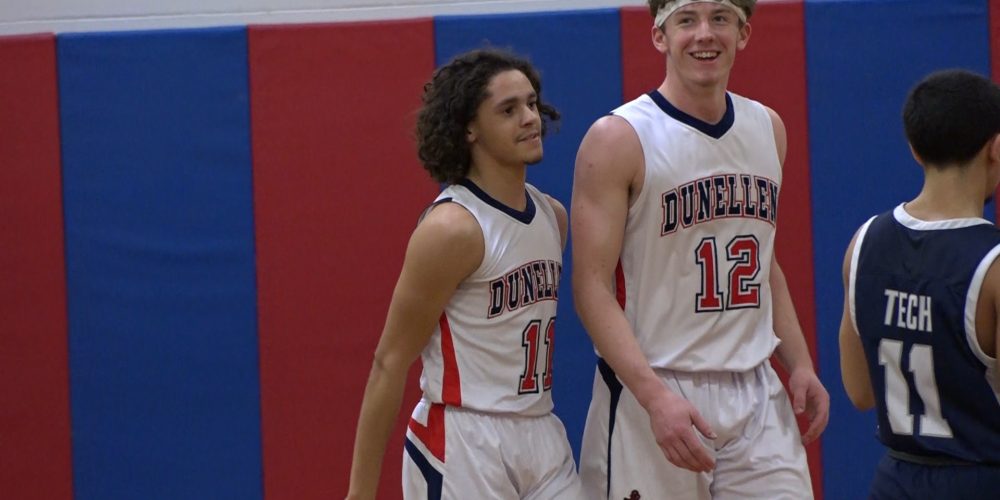 CJ Wilcher scored his 1000th career point as part of a 20 point effort as the Lions were challenged by a young Ranney roster that was able to challenge for an upset in the fourth quarter. Cliff Omoruyi had 19 points and nine rebounds for the Lions while Ranney was paced by Elijah Perkins who had 16 points and 11 assists. The Panthers rallied from 11 down in the third quarter to get within 51-48 heading into the fourth quarter but could never take the lead. JSZ’s Rich Chrampanis has the highlights from Brookdale Community College:

Dunellen picked up their seventh win in a row with a 72-54 win over Perth Amboy Tech to improve to 14-2. The Destroyers were led by Tyje Kelton who finished the night with 23 points. JSZ’s Nery Rodriguez has the highlights:

The Spartans pick up its fourth straight win, knocking off the Pirates in a key matchup in the Cape-Atlantic League. Henry Rovillard (game-high 23 points) and Christian Kalinowski (12 points) led the way for the Spartans. Cedar Creek’s Najee Coursey (team-high 17 points) reached 1,000 career points in the loss.

JSZ’s James Mooney has the highlights from Absecon: