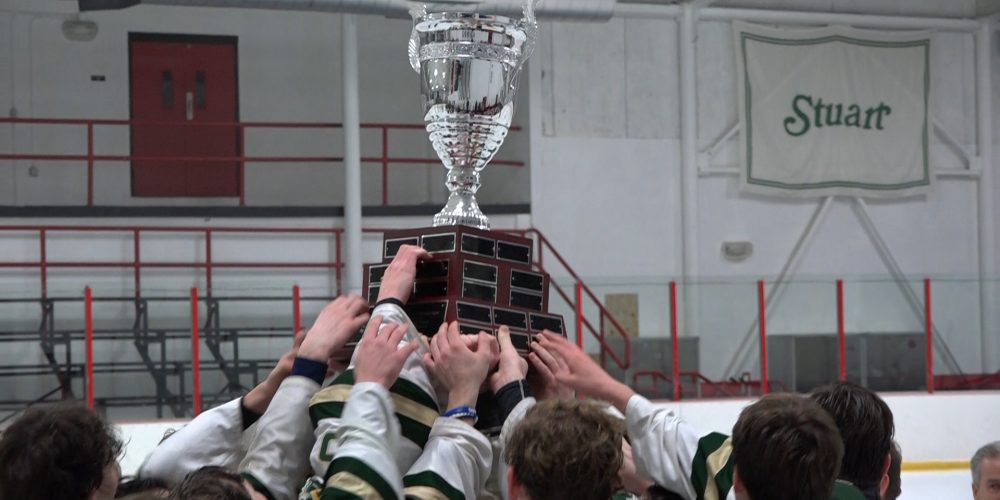 JSZ has two games from Tuesday night high school hockey. Nery Rodriguez has the Egan Cup battle between St. Joe-Montvale and St. John Vianney plus Rich Chrampanis has a wild game in Middletown as the Mahwah Thunderbirds journey south to battle Freehold Boro

St. Joseph (Montvale) defeated reigning two time Egan Cup Champions, St. John Vianney 5-2 for their first title. The Green Knights repaid SJV the favor after the Lancers bested them twice the previous two years for both of those titles. Justin Rauch had a hat trick while goalie Tomas Spero ended the night with 31 saves. JSZ’s Nery Rodriguez has the highlights:

Thank you to Rothman Orthopaedics for sponsoring our St. Joe’s (Montvale) coverage.

Thank you to the St. John Vianney Hockey Boosters club for sponsoring our SJV coverage.

Nick Ochlan broke a 4-4 tie in the third period and Joey Colecchia made a stellar kick save on the doorstep just as the buzzer sounded to preserve a big out of conference win and the 9th win of the season for the tri-op of Freehold Boro, Colts Neck and Raritan. Joe Barone scored his 100th career point as part of a one-goal, three-assist effort. Mahwah got two goals from Mark Johnston in the loss. JSZ’s Rich Chrampanis has the highlights from an exciting game in Middletown: