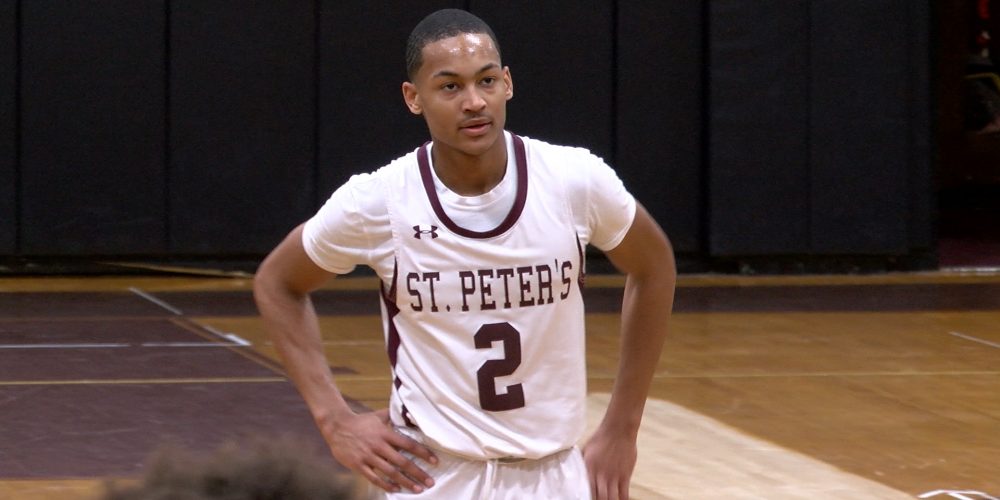 It’s the holiday season in New Jersey and that means we’ve got holiday showcases all across the state. Stay tuned with JSZ throughout the night as we bring you boys and girls tournament action from Manahawkin, Paterson and Morristown.

JSZ’s Jay Cook has the highlights from Don Bosco Tech in Paterson:

West Morris improved to (3-0) with a 76-60 win over reigning Greater Middlesex Conference champion St. Joe’s (Metuchen). The Wolfpack trailed all but the opening moments of the first quarter before unleashing a suffocating offensive attack that pushed the lead to 20 by the third quarter. Christian Cevis finished with 17 points and 15 assists while Ryan Hillier had 32 points and five rebounds. JSZ’s Nery Rodriguez has the highlights:

The Indians used a balanced attack and plenty of timely outside shooting to beat the Mustangs and advance to the Score at the Shore championship game at Southern. Regan King paced Lenape with 11 points. Olivia Johnstone added ten points, while Dyonna Wess and Claire Zhang each chipped in with eight points. Oregon commit Kylee Watson poured in a game-high 26 points for Mainland in the loss.

The Trojans took care of the Panthers to punch a ticket to the Score at the Shore tournament final. Madison Ruddy paced Aquinas with 14 points. St. Joseph’s commit Emma Boslet and Georgetown commit Kelsey Ransom each scored 12 points in the victory.

JSZ’s Mike Frankel has the highlights from Manahawkin: