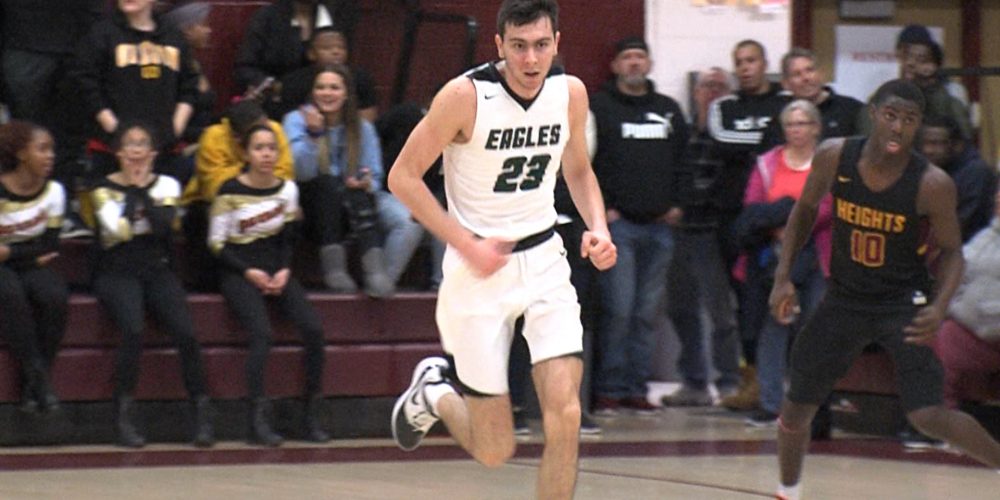 Another Thursday means another great slate of games on the hardwood, headlined by the showdown between Roselle Catholic and Elizabeth. Stay tuned as the highlights roll in!

Cliff Omoruyi nearly pulled off a triple-double with 17 points, 14 rebounds, and nine blocked shots to give RC a regular-season sweep of the Minutemen. Elizabeth led 13-8 after one before the Lions took control in the second quarter. Niels Lane had 12 of his 15 in the first half and Simeon Wilcher dropped a three before the buzzer to give RC a 28-26 lead. Omoruyi took over in the second half recording five of his nine blocks in the third quarter. Elizabeth got within 47-44 but the Lions were able to hold off their rival to get the win. JSZ’s Rich Chrampanis has the highlights from the Dunn Center:

Immaculata grabbed its sixth win in a row with a 62-46 victory over Hillsborough to improve to (14-4). Darren Tuck led the way with 21 points, while Jaden Honis and Jordan Meyers both finished with 16. JSZ’s Nery Rodriguez has the highlights:

Antonello Baggi scored a team-high 20 points to lead the Eagles to a tight victory on the road. M.J. Iraldi added 13 points and had a tremendous floor game. Patrick Campbell went off for a game-high 26 points for the Garnets in the loss.

JSZ’s Mike Frankel has the highlights from this Colonial Conference clash:

The Lady Chiefs reached (18-0) on the season with a comfortable win against the Lady Vikings in Olympic Conference action. Cherokee jumped out to an early lead and never relented, despite a push from Eastern in the second half. Alexa Therien scored a game-high 22 points in the win.

JSZ’s James Mooney has the highlights from Marlton: