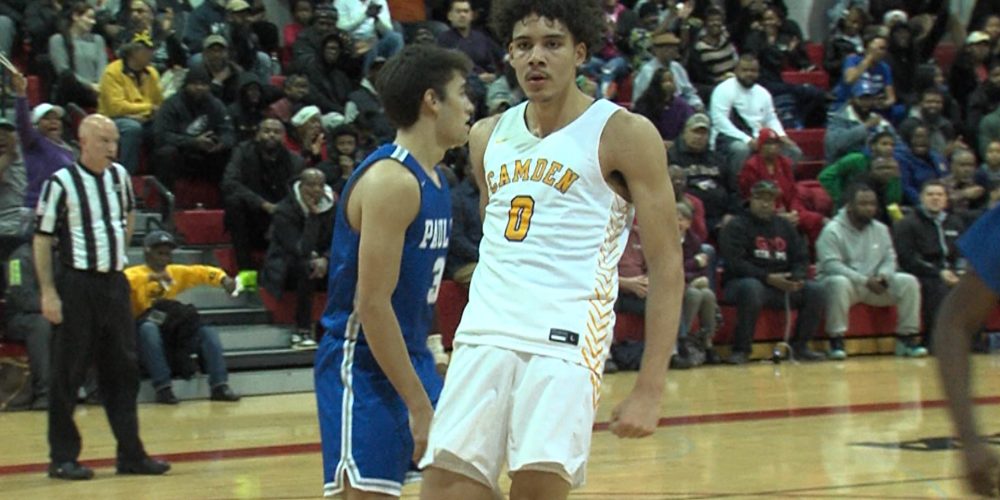 Thursday was a monster day on the high school hardwood, with tremendous games all over the state. Check back throughout the night as JSZ brings you highlights from two major North Jersey games along with another pair of huge South Jersey matchups!

Roselle Catholic continues to show why they’re one of the best in the Garden State. The Lions trailed Elizabeth by 11 points with seven minutes left in regulation and took control from there on out to secure their fourth consecutive win. Xavier-bound CJ Wilcher led all scorers with 25 points while Cliff Omoruyi hammered home the game-winning dunk — he finished with 8 points, 7 rebounds and 5 blocks. DJ Watkins led Elizabeth with 20 points in their first loss of the season.

Julian Brown had a career-high 32 points and fellow sophomore Will Richardson added 25 as the Crusaders (11-2) handed the Green Knights their first loss of the season. BC led 14-13 after one and opened up a 13 point halftime lead thanks to an explosive second quarter led by Brown and Richardson. St. Joe’s got within four late but Bergen Catholic put the game away at the free throw line. JSZ’s Rich Chrampanis has the highlights from Montvale:

The High keeps on rolling, dispatching a talented Eagles squad in front of another packed house at Rutgers-Camden. Kentucky commit Lance Ware went for 20 points and 17 rebounds in the victory for the Panthers. Jerome Brewer added 17 points, as Camden improved to (10-1) on the season. The Panthers now head to Massachusetts for a showdown against Rancho Christian (CA).

The Chargers pulled away in the second half to top the Cougars and pick up another big Olympic Conference victory. Eric Benjamin put together another stellar performance, scoring a game-high 25 points, as Timber Creek improves to (11-1). Jake Green scored a team-high 24 points for Cherry Hill East in the loss.

JSZ’s James Mooney has the highlights from Gloucester Township: