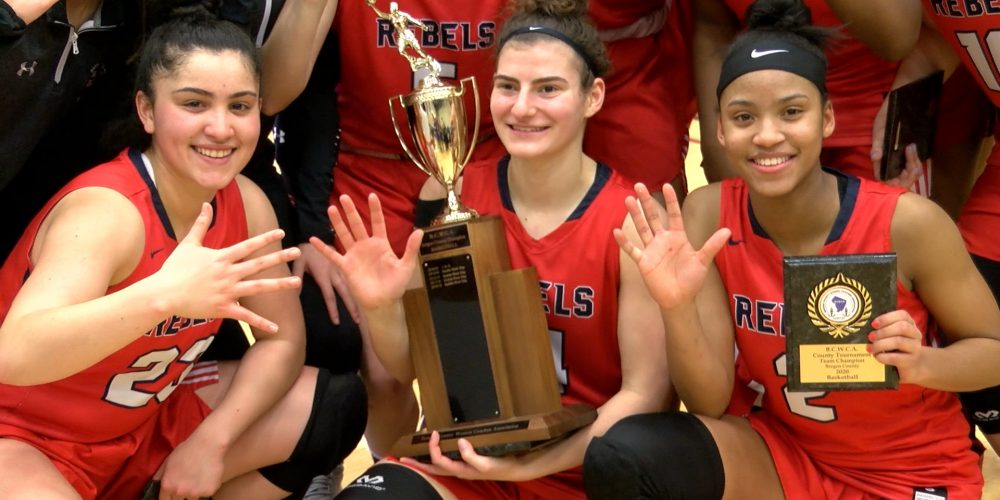 Happy Sunday, basketball fans! JSZ has highlights from Mahwah and Toms River as champions are crowned in Bergen County while the Shore Conference works its way through the quarterfinals. Stay tuned for all the highlights coming in tonight!

Saddle River Day continued its dominant reign over Bergen County Sunday as the No. 2 seed Rebels topped No. 1 seed Immaculate Heart Academy for its fifth-consecutive Bergen County championship, tying a county record. Jordan Janowski, the only senior on the roster, had 6 points and 4 steals. Sophomore Saniah Caldwell led the Rebels with 15 points. Northwestern-commit Anna Morris led all scorers with 20 points and 10 rebounds in the loss.

JSZ’s Jay Cook has the highlights from Ramapo College:

Alex Baker had 17 points and 11 rebounds to lead the Hornets into the SCT semifinal since 1999. Wall opened the game on an 11-1 run but Holmdel answered with a 14-0 run of their own. Ryan Bradley added 13 points and 7 rebounds to get Holmdel to 20 wins on the season. The Hornets will face top seed Manasquan in the SCT semis on Thursday. JSZ’s Rich Chrampanis has the highlights:

Ben Roy had 17 points and Jack Collins added 13 as the Warriors built a 22 point lead through three quarters and cruised into the Shore Conference semifinals. Manasquan is 25-1 and on a 15 game win streak. JSZ’s Rich Chrampanis has the highlights from Toms River: