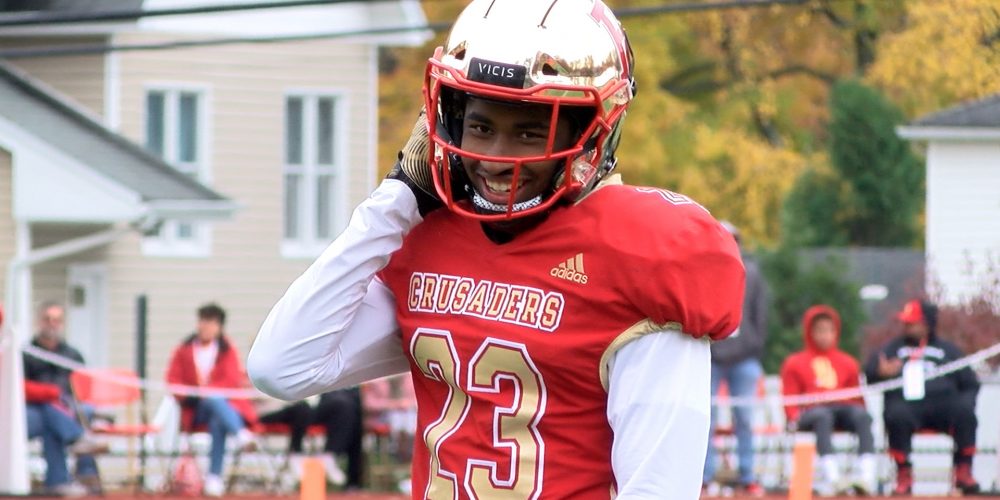 Two Non-Public A state playoff games were postponed to Sunday after thunderstorms rolled through New Jersey on Saturday. JSZ brings you highlights from both of those games!

The Griffins drove over 300 miles round-trip over two days to play the No. 1 ranked team in New Jersey. Top-seeded Bergen Catholic (10-0) held a 14-7 lead on eighth-seeded Donovan Catholic before thunder and lightning stopped the game with 2:22 left in the second quarter. The action resumed Sunday at 1:30 p.m. and Bergen Catholic stepped on the gas and never looked back. Ryan Butler scored four total touchdowns and DJ Samuels broke the program’s all-time career sack record in the win. Bergen Catholic will host St. Peter’s Prep in the Non-Public A semifinal next Saturday.

JSZ’s Jay Cook has the highlights and reaction from Oradell:

Ronnie Heath had 240 yards rushing on 22 carries with four touchdowns to give the Ironmen a playoff quarterfinal win that took two days. The game resumed late in the first quarter on Sunday with Bosco’s defense making a stop on 4th near midfield. Heath had a pair of second-quarter TD runs and added two more scores in the third quarter to put the game away. 6th seed Don Bosco will travel to 2nd seed St. Augustine Prep this Friday night for a spot in the Non-Public “A” state championship. JSZ’s Rich Chrampanis has the highlights from Montvale:

Jersey Sports Zone’s coverage of St. Joe-Montvale is brought to you by Rothman Orthopaedics.