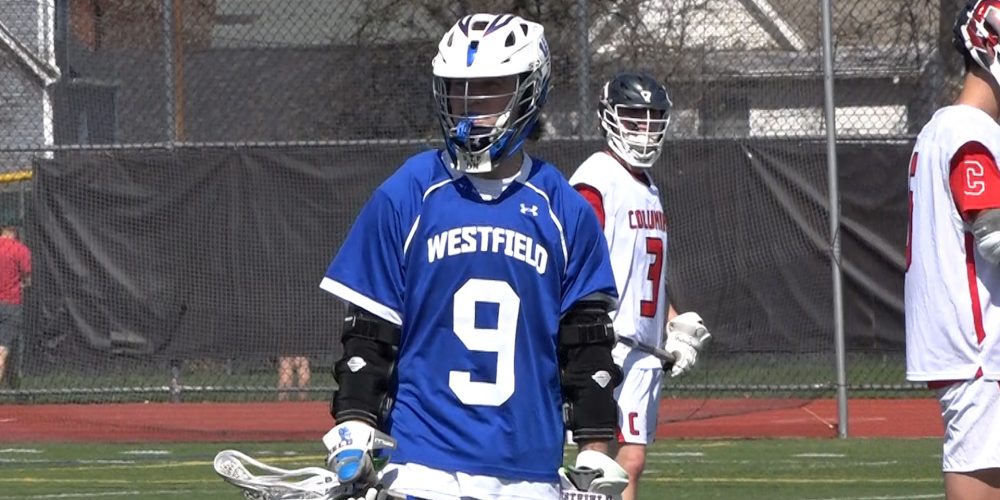 No. 15 Westfield picked up their third straight win with a 13-3 victory over Columbia. The Blue Devils went ahead 5-0 early thanks to Devon McLane who had a hat trick in the first quarter. Jake Engleke who would also finish with a hat trick tacked on two scores in the second to help them take a commanding 8-2 lead at halftime. McLane would end the say with six goals total as Westfield improves to 5-3. JSZ’s Nery Rodriguez has the highlights:

Kayla Frank scored in overtime to lift #1 Moorestown over #5 Haddonfield in a thriller. Janey Galski led the Quakers with three goals, while Dylan Silar added two. Logan Lillie made six saves, including a huge stop as time expired in regulation. McKenzie Blake and Wayden Ay each scored three goals for the Haddons in the loss. JSZ’s Mike Frankel has the highlights from this marquee match-up:

Moorestown coverage and Haddonfield coverage is proudly brought to you by our friends at NJM Insurance!