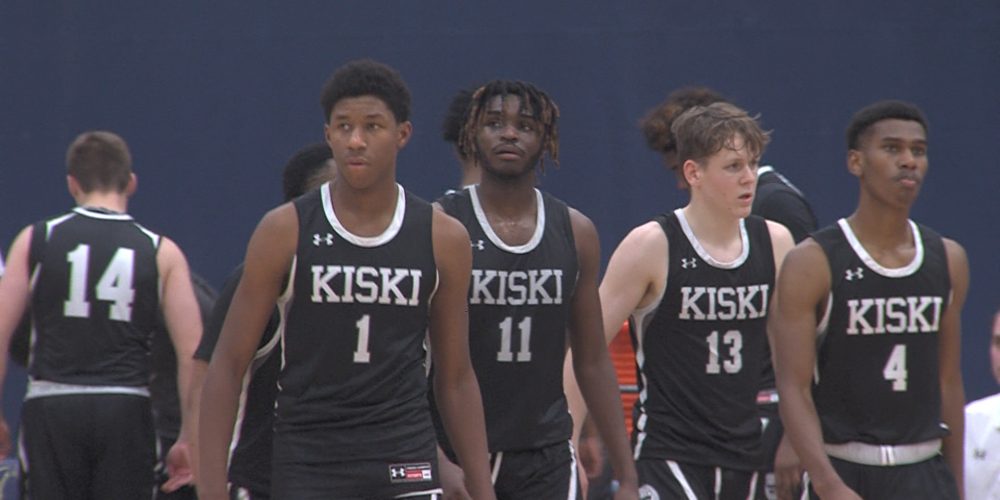 It’s our first dose of hoops at Jersey Sports Zone for the 2019-20 season. We’ve got highlights of Hun and Peddie in semifinal action at the Peddie Invitational Tournament. Both games go down to the wire!

Daniel Dade led all scorers with 26 points and Phelps was able to come back from a 14 point first-first half deficit to reach the championship game of the Peddie Invitational. Peddie sank 17 three-pointers including eight in the first quarter, but Phelps was able to dominate on the inside with the game on the line. The defending champs will face Kiski in the title game. JSZ has the highlights from Saturday night in Hightstown:

Cameron Villarouel led all scorers with 19 points and blocked Hun’s game-winning shot attempt in the final seconds to give Kiski a spot in the Peddie Invitational championship. Villarouel dropped a three-pointer to give Kiski a 54-51 lead and then broke a 54-54 tie with a free throw. Hun had a chance to win it but Villarouel blocked Dyland Knight’s shot to preserve the victory. Watch the highlights from a wild fourth quarter: