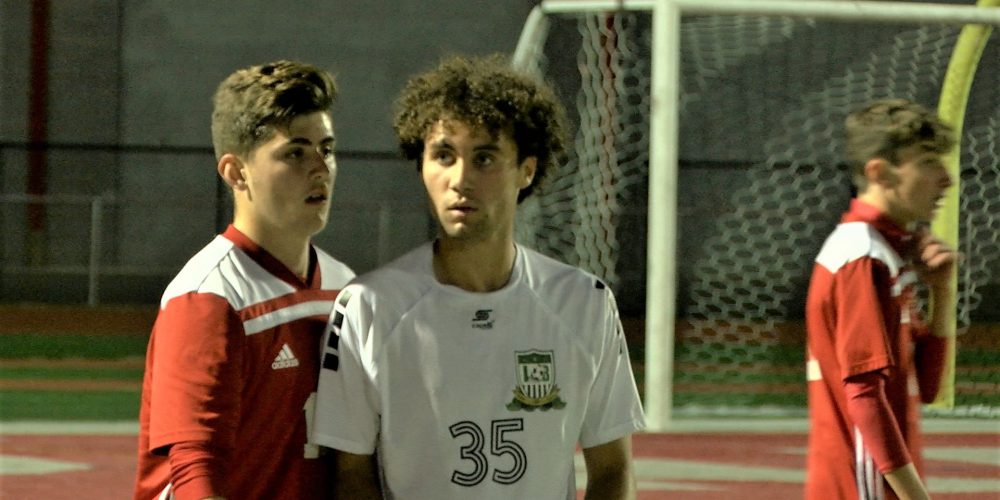 JSZ brings you two state soccer playoff games for our entire audience thanks to the support of our great sponsors. Check out Long Branch’s win over Ocean plus Hopewell Valley earning a spot in the Central Jersey Group 3 final!

Eduardo Ribeiro had two goals including the game-winner and Chris Lopez had a goal and an assist to give Long Branch a spot in the CJ Group 3 championship against top seed Hopewell Valley. Ocean scored in the 4th minute on a goal by Eugene Archeley before Long Branch responded two minutes later with a Lopez tally. Ribeiro scored in the 45th minute and 12 minutes later sealed the deal on a penalty kick. JSZ’s Rich Chrampanis has the highlights from Spartan Stadium in Ocean:

(1) Hopewell Valley (18-4) defeated fellow Colonial Valley Conference foe (4) Steinert (11-6-2) 2-1 to advance to the Central Jersey, Group 3 Final. After a scoreless first half, the second got started with a goal from Sal Famularo to put Steinert ahead two minutes into play. However, it would be short lived as Alex Luedecke would tie the game less than a minute later. With leading scorer Nick Tagliareni out with an injury, brother Alex scored with just under 20 minutes to play for the eventual game deciding goal. Hopewell in search of the first sectional title since 2016 will host (3) Long Branch (13-6-2) in the Championship. JSZ’s Nery Rodriguez has the highlights:

Thank you to Princeton Orthopaedic Associates for sponsoring both our Steinert and Hopewell Valley coverage.