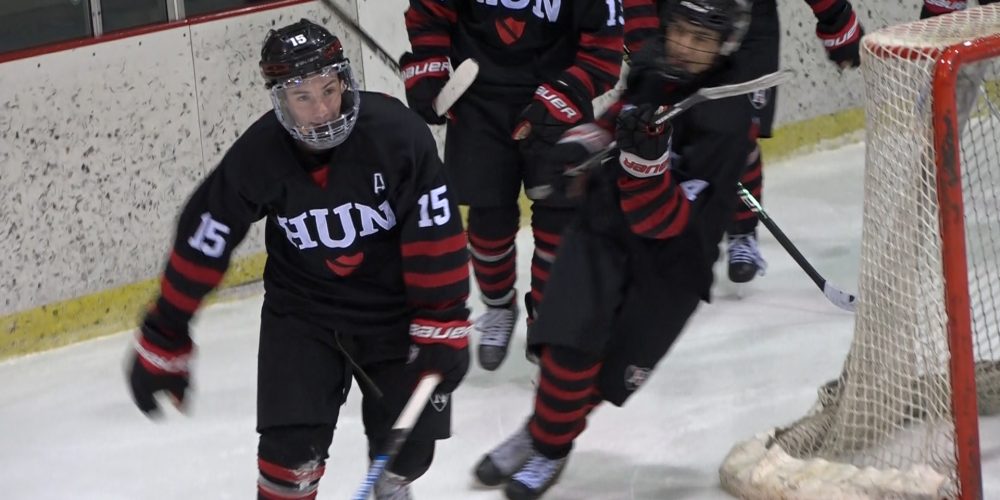 JSZ brings you a pair of games from the Monday night New Jersey high school ice. Seton Hall Prep pulls off a Gordon Conference upset as the Pirates upend 4th ranked Gloucester Catholic plus we have the Hun School putting up double digits against Notre Dame. Watch it all now!

The Pirates scored three goals in the second period to snap a four-game losing streak and upset the #4 ranked team in the latest state polls. Aidan D’Urso tied the game at one in the opening minute of the second and the Pirates took a 2-1 lead on a Timothy O’Connell shot that navigated through traffic and into the net. Daniel Sieman’s goal with under three minutes to go in the second proved to be the game-winner. JSZ’s Rich Chrampanis has the highlights from Codey Arena:

Thank you to Princeton Orthopaedic Associates for sponsoring both our Hun and Notre Dame coverage.