JSZ has more NJ high school soccer action including the #1 USA ranked St. Benedict’s Prep Grey Bees, the battle of North vs. South at West Windsor-Plainsboro and a Shore Conference win for the Trinity Hall Monarchs.

Jean Anthony Portuguez scored both goals including a tremendous free kick from 31 yards out in the second half for the game winner as the Northern Vikings get the crosstown rivalry win to improve to 7-1-2 on the season.  JSZ has the highlights from an outstanding battle from Princeton Junction:

Ronald Mafunzwaini led St. Benedict’s Prep with a hat trick in a blowout match against Lawrenceville School in Newark on Wednesday evening. The Gray Bees improve to 9-0 on the season and have outscored their opponents at a staggering rate — 54-5. JSZ’s Jay Cook has the highlights from a Garden State prep school showdown:

Special thanks to Princeton Orthopaedic Associates for sponsoring Jersey Sports Zone’s coverage of Lawrenceville athletics throughout the year!

Hannah Reynolds scored back to back goals in the first half and Colleen Kelly added a pair of goals in the second half as the Monarchs improved to 3-4-1 with a Shore Conference win over Keyport.  Freshman Cameryn Keane got the scoring started for Trinity Hall.  Watch the highlights from Dorbrook Park 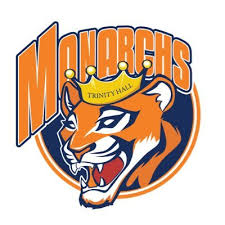 Thanks to Trinity Hall for sponsoring Jersey Sports Zone and giving us the chance to showcase their athletes all year long!