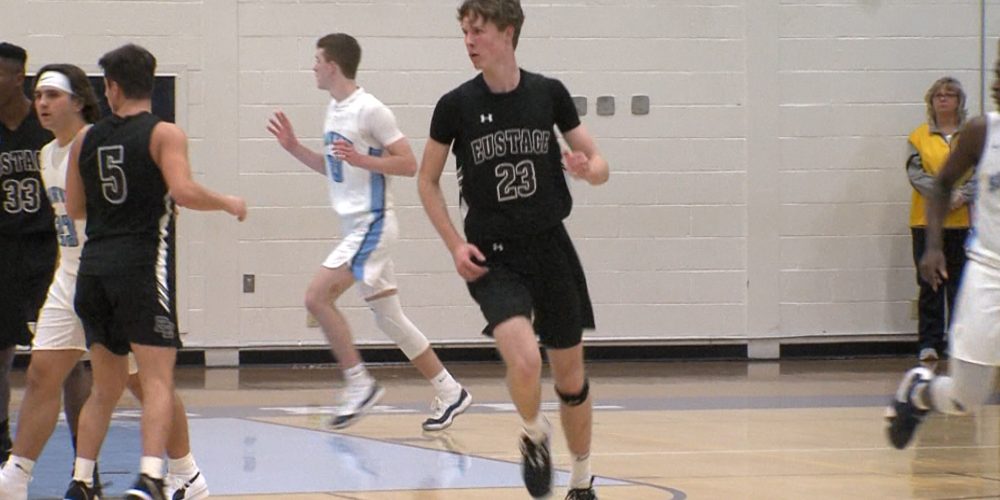 The first Friday night of the season brings plenty of action from all across the Garden State. Four great games from around New Jersey are posted now. Watch the action and we’ll keep bringing you hoops action from around the state all weekend.

Jersey Sports Zone’s coverage of Trenton Catholic is brought to you by Princeton Orthopaedic Associates.

After finishing 12-13, South Brunswick was eager to jump into the 2019-2020 season and they did so with a dominating 69-52 win over Greater Middlesex Conference rival Old Bridge, who beat them twice last year. The Vikings were able to take a tight 12-11 lead after the first quarter before going up 28-19 at halftime. Devin Strickland and Ty Murchison both finished with 22 points while Justin Carbone had 20. JSZ’s Nery Rodriguez has the highlights:

The Crusaders shut down the Renegades to open the season with an Olympic Conference win. Jack McDonnell came off the bench to score a game-high 11 points in the victory. Matt McCaffrey added 10 points for Eustace, while David Cross scored nine. Cole Fleming scored a team-high nine points for Shawnee in the loss.

Charlie Gordinier scored four three-pointers in the first quarter to reach 1,000 points in the first game of his senior year as the Caseys cruised to a home win against the Blue Devils. Gordinier, who signed on Wednesday to play college football at Boston College, finished the game with 22 points. Notre Dame football signee Kevin Bauman added 13. JSZ’s Rich Chrampanis has highlights and an interview with the 1000 point man following the win:

Two great partners are the reason we were able to cover another great moment from the Shore Conference. Thanks to JSI (Red Bank Catholic) and RYPT (Shore Regional) for supporting Jersey Sports Zone!