It’s the final weekend of the regular season! JSZ has five competitive Friday night contests for you as we highlight the 2022 NJIC Championship and a handful of other great games from all around the state.

The Bulldogs leaned on the Van Weber-Ryan Ward connection to lead them to their second consecutive NJIC championship win. The senior QB found his junior WR six times for 149 yards and a pair of second half scores in the win. Wood-Ridge (7-1) got their only touchdown from Antonio Loyola in the third quarter. Rutherford (8-0) now heads into the Group 2 state playoffs with a ton of momentum.

JSZ’s Jay Cook has the highlights and reaction from Tryon Field in Bergen County:

The Red Devils won an absolute shootout on the road over the Tartans. Jase Deiter led the way with three rushing touchdowns, a passing touchdown, and a receiving TD for RV (6-3). Connor Leary threw three TD passes for Highland (5-4) in the loss.

JSZ’s Mike Frankel has the highlights and reaction from an unforgettable game in Blackwood: 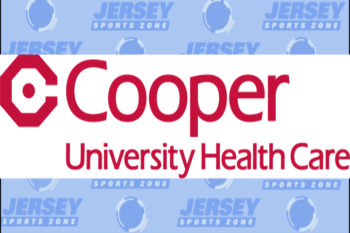 JSZ’s coverage of Highland is made possible by Cooper University Health Care.

The Spartans found themselves trailing by three touchdowns early in the second quarter and stormed back to take home the WJFL Continental Division championship. Jayden Llanos hauled in four receiving touchdowns, including the go-ahead score with under a minute to go in regulation. Sean Burns finished with five total touchdowns in the win for Holy Spirit (7-1). Luke Van Brill reeled in two receiving touchdowns and had a 50-yard pick-six in the loss for Kingsway (5-3).

JSZ’s James Mooney has the highlights and reaction from an incredible comeback in Woolwich Township:

Jake Croce had an 8-yard touchdown run in overtime to give the Panthers a perfect 8-0 regular season and the Shore Conference’s Independence Division title.  Matt Oliphant gave the Panthers a 13-7 lead in the 4th quarter before SJV’s Kyle Verriest responded with a 15-yard score to tie the game.  The Point Pleasant defense produced three second-half turnovers including a fumble in the final seconds to send the game to overtime.  The Lancers attempted a fake field goal in their overtime possession but Point Boro made the stop setting the stage for Croce to run 17-yards and the game-winning run on the next play.

Jersey Sports Zone’s Rich Chrampanis has the highlights from a Shore Conference thriller:

Hopewell Valley capped off the regular season 8-0 following a dominating 53-21 win over Notre Dame to win the WJFL Capitol Division. After giving up a touchdown on the game’s opening drive, Hopewell answered with five scores to take a 33-7 lead at halftime. Quarterback Tim McKeown tossed four touchdown passes for the Bulldogs as they finish the regular season undefeated for the first time in program history.

Thank you to Princeton Orthopaedic Associates for sponsoring both our Hopewell Valley and Notre Dame coverage. 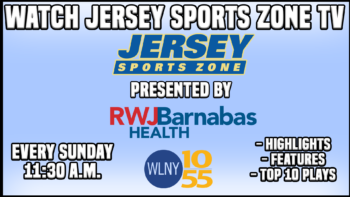