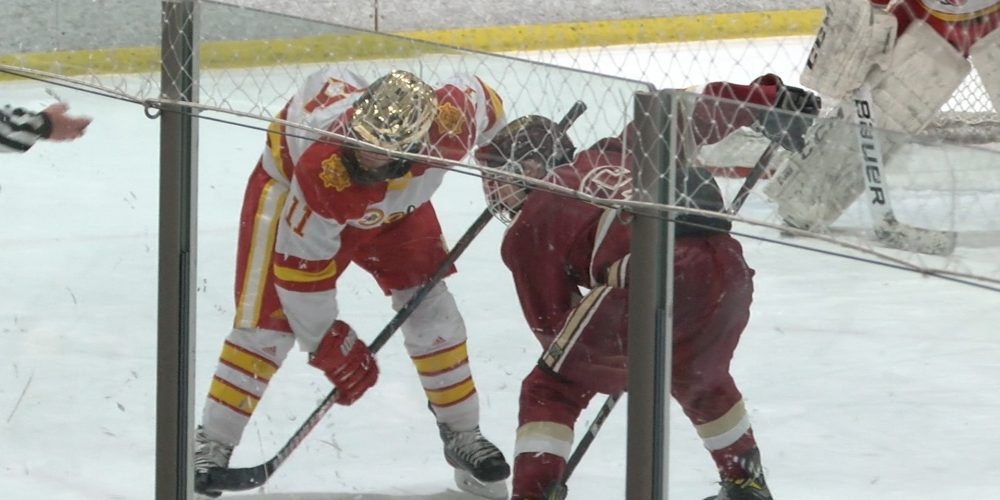 Jersey Sports Zone pays a visit to Hackensack and Wall for a pair of games as we prepare to turn the calendar over to February. Stay tuned for all the highlights!

There are always high stakes when Gordon Conference opponents match up, but this one took it to another level. Bergen Catholic defenseman Jake Antonucci netted a pair of first period goals giving the Crusaders a lead they would never squander. Gloucester Catholic did score twice in the third period to close the gap, but it was too late. This game ended in a physical, benches clearing brawl that lasted nearly three minutes before referees and arena security cleared the ice.

JSZ’s Jay Cook has the highlights from the Ice House in Hackensack:

Jersey Sports Zone’s coverage of this game was made possible by a pair of loyal sponsors — Rothman Orthopaedics (Bergen Catholic) and Gloucester Catholic (NJM Insurance). They’re the reason our camera was able to be there tonight.

Junior Jack Klunk scores a hat trick highlighted by a pair of second-period goals to give the Frozen Roses a win on senior night. Klunk, Chris Lordi and Sean Grant found the net in the first period to jump out to a 3-1 lead. Notre Dame’s Jack Govan’s deflection made it a 3-2 game at the end of one period. Grant scored his 150th career point in the win. JSZ’s Rich Chrampanis has the highlights from Jersey Shore Arena in Wall: